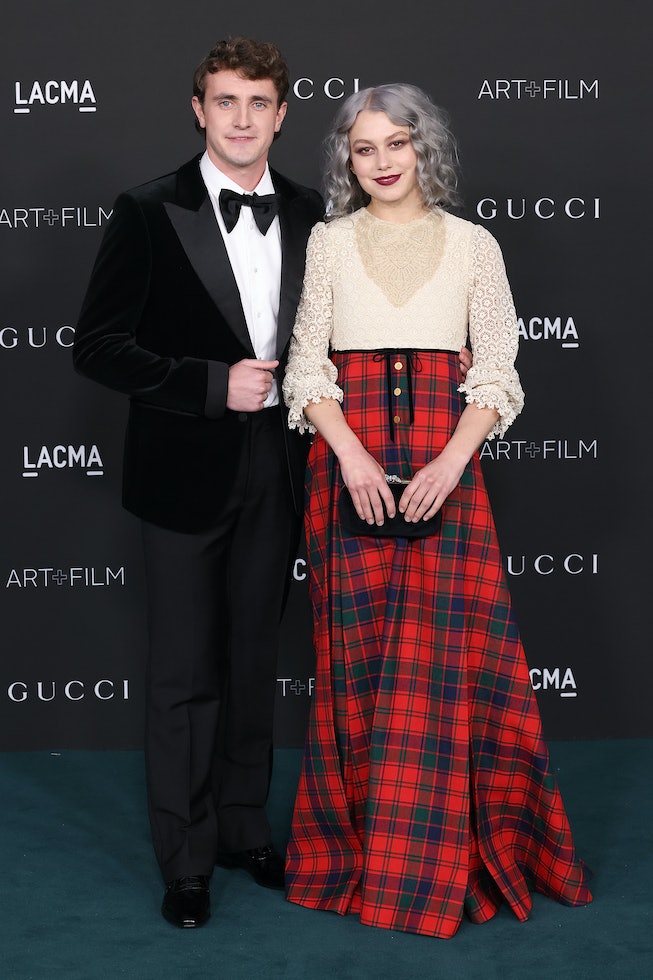 On top of over-the-top glam ensembles and feathered suits (with most of them, of course, by Gucci), Punisher singer Phoebe Bridgers and Normal People star Paul Mescal have seemingly confirmed their relationship at the star-studded event. The duo was seen embracing one another on the carpet, with Bridgers even smiling at Mescal and resting her head on his shoulders. The pair wore their Gucci best, with Mescal sporting a black tux while Bridgers wore a cream-colored blouse and a red tartan-plaid skirt.

The couple first sparked their “not-so-subtle” subtle dating rumors back in 2020 when Bridgers referred to the actor in a 2020 interview as “the cute boy” and started flirting publicly in a series of tweets. A few months later in December 2020, Mescal even starred in Bridgers’ “Savior Complex” music video, temporarily squashing dating rumors and just being close friends.

Ahead, check out the best fashion moments from the 2021 LACMA Art + Film Gala event hosted by Gucci, including Miley Cyrus in a Gucci x Balenciaga suit, Jung Ho-Yeon in Louis Vuitton, and more.