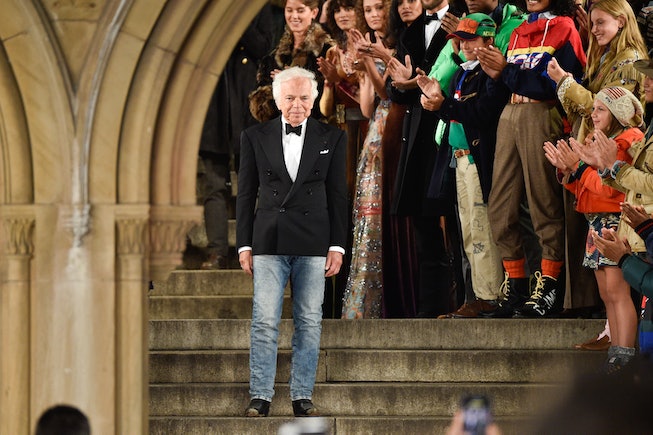 Leading up to the start of what will be a jam-packed fashion month for Spring 2023, Ralph Lauren has recently revealed that its next runway show coming to the West Coast.

On Thursday, Aug. 18, the beloved designer announced he will be presenting his Spring 2023 collection for both men’s and women’s on Thursday, Oct. 13, in Southern California. This marks the first time ever the New York-based brand has hosted a presentation on the West Coast. As of now, there currently aren’t any further details revealed, but according to WWD, the show is slated to be “a special fashion experience that will be uniquely Ralph Lauren.”

Last season, the renowned fashion brand presented an intimate and celebrity-studded showcase back in March, the first IRL event following a three-year hiatus on the runway. The highly-anticipated show took place at a gallery within the Museum of Modern Art, replicating his Fifth Avenue apartment. Supermodel sisters Gigi and Bella Hadid made an appearance on the catwalk, with style stars like Euphoria’s Angus Cloud and Gossip Girl’s Evan Mock, among others, sitting in the front row.

Ralph Lauren also follows a number of other luxury brands presenting their collection outside of major fashion cities, many of which have chosen Southern California as their venue in the past few years. Gucci was among the first to recently showcase its Spring 2022 collection in Hollywood in November 2021. In May, Louis Vuitton debuted its Cruise 2023 show in San Diego and just days later, Dior opted for Venice Beach to debut its Spring 2023 men’s collection.