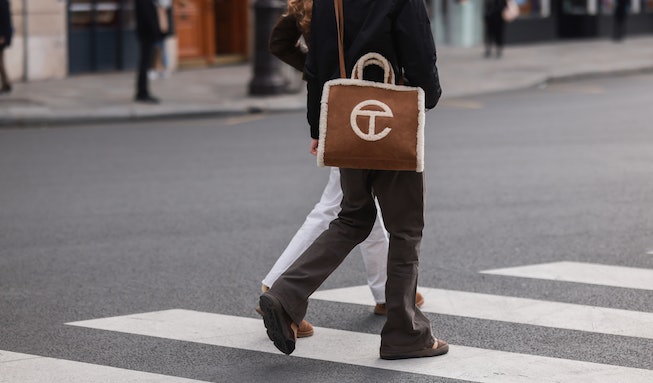 From the rise of his coveted Shopping Bags to the launch of Telfar TV, Telfar Clemens is known for constantly redefining the luxury space. His latest venture? Opening a physical store for Telfar in New York City — and it’s coming sooner than you think.

On Monday, March 14, the Liberian-American designer guest-starred on The Breakfast Club radio show, chatting with hosts Charlamagne tha God, Angela Yee, and DJ Envy about a range of topics, including his genderless clothing line and working alongside Solange Knowles. During the 30-minute long conversation, it was confirmed by none other than Clemens himself that the brand is planning to open its first-ever brick-and-mortar location very soon.

The designer revealed few details about his anticipated Telfar store, which he plans to base in his hometown. “There is one coming, we’re opening a store this year in New York City,” Clemens said in the interview. “We’re still deciding where that’s going to be. I don’t want to say too much about it but it’s opening this year.”

Since its official launch over a decade ago in 2005, the New York-based label has been strictly online with the exception of a few retailers, like SSENSE and Saks Fifth Avenue, among other resale sites. As the brand has expanded on ways for consumers to shop the affordable yet highly sought-after pieces over the last couple of years, including the pre-order-based Bag Security Program, we can only imagine how much easier it will be (or will it?) to get our hands on Telfar’s upcoming launches going forward.

NYLON has reached out to a Telfar spokesperson and will update this post as we learn more. In the meantime, you can view Telfar Clemens’ full interview on The Breakfast Club below.

NEXT UP
Fashion
Paloma Elsesser Launches First-Ever Plus-Size Collection With Miaou
Fashion
How To Wear 2022’s Biggest Denim Trends, According To A Stylist
Fashion
The Best Clear Bags For Concerts That Won’t Ruin Your Outfit
Fashion
Prada’s ‘90s-Era Sneaker Gets An Artsy Makeover