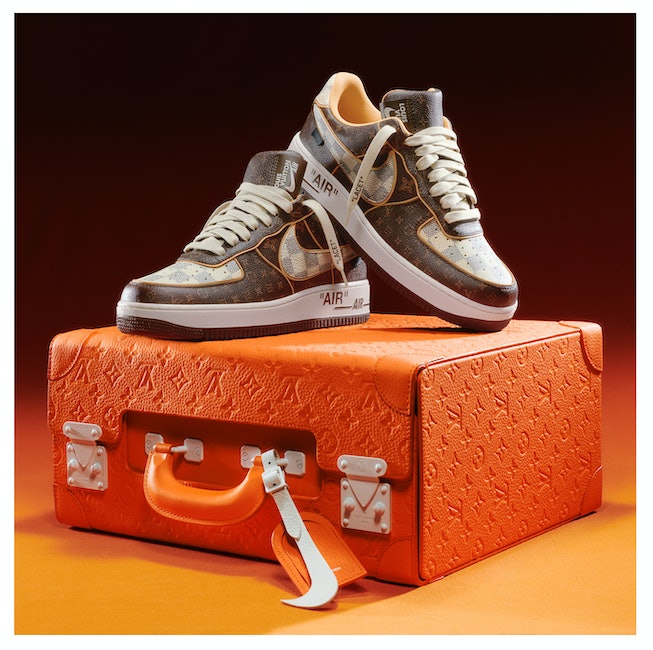 Following the passing of Virgil Abloh in November 2021, many have since paid tribute to the late designer and even after his death, the Louis Vuitton and Off-White visionary is still making history.

Back in January, Sotheby’s announced that it would auction off 200 pairs of Abloh’s Louis Vuitton x Nike Air Force 1 sneakers. As the bidding for the highly sought-after shoes has finally come to a close on Wednesday, Feb. 9, the auction house revealed that sales for the limited-edition collaboration have racked up a record-breaking number of $25.3 million. According to Sotheby’s, sales from Abloh’s coveted sneakers have become the highest-known valuable sneaker and fashion auction, according to public records. Additionally, the final tally was eight times more than the pre-event estimate of $3 million, and the charity sale also marks as Sotheby’s most valuable in almost a decade.

“Today’s record-breaking auction, which saw unparalleled global participation, is a testament to Virgil Abloh’s legacy as one of the most visionary artists and designers of his generation whose widespread influence and impact is still palpable,” Charles F. Stewart, Sotheby’s Chief Executive Officer, said in an official statement. “Sotheby’s is honored to be have been a partner with Louis Vuitton and Nike in this special sale, which is now among the most successful charitable auctions ever staged at Sotheby’s.”

As revealed previously, 100% of proceeds from the sale will go towards The Virgil Abloh’s “Post-Modern” Scholarship Fund, which will help support the education of Black students. Sotheby’s plans to ship Abloh’s collaborative sneakers to its respective buyers in the first half of 2022.

“We are thrilled that the record-breaking fundraising auction for Virgil Abloh’s ‘Post-Modern’ Scholarship Fund has generated such exceptional results,” Michael Burke, Chairman and CEO of Louis Vuitton, said in an official statement. “We are proud that thousands of students will be able to benefit from the proceeds, allowing us to continue to uphold Virgil’s mission to inspire and support future generations.”

If you’re looking to learn more about the designer’s life and his work, the Brooklyn Museum’s Virgil Abloh: “Figures of Speech” exhibition is slated to open to the public from Friday, July 1, to Monday, Jan. 29, 2023.