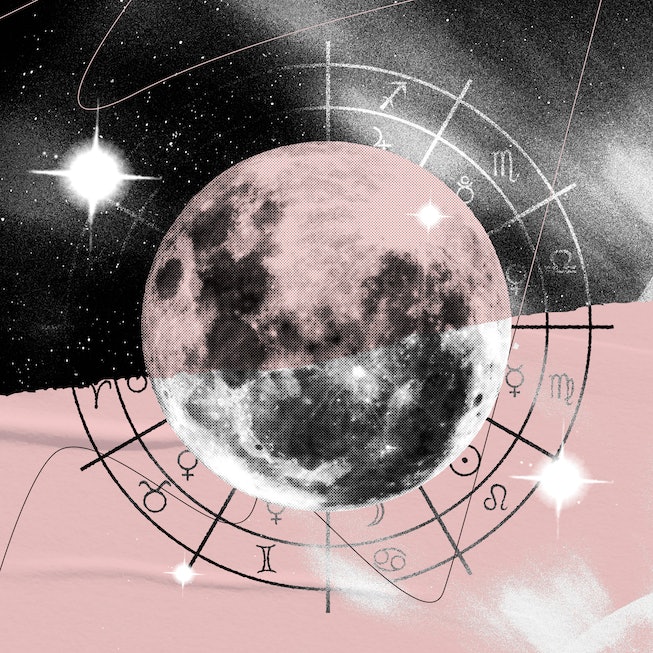 The cosmic fog is is officially clearing. On January 18, the trickster planet Mercury stations direct in Capricorn, ending the first Mercury retrograde of 2023. With one retrograde squared away in the books, the gears of the sky slowly begin to shift forward, and we are met with another pleasant gift from above: January 2023’s new moon in Aquarius. New moons are a chance to dream big, and luckily, Aquarius is a master at thinking outside the box to envision a new world entirely. But what does this all mean exactly, and how can you work with the new moon in you own life? Find out everything you need to know about January 2023’s new moon in Aquarius, below.

Aquarius season kicks off on January 20, opening the portal to a world of possibilities. The water bearer has a keen talent when it comes to imagining new structures beyond what we currently have, a yearning to open minds, and a drive to improve life for the collective.

“Firing out of Capricorn country, a rigid surveillance state based on survival and capital, Aquarius careens into the nirvana of Pisces, where all limits are subsumed by the collective oneness. Hold on there, slick. If humanity is going to leap from Pontius Pilate to Jesus Christ, from the T-800 to the T-1000, we’ll need a plan,” writes NYLON astrologer David Odyssey. “If Pisces promises a flood of consciousness, then the water-bearer must construct the levees. Aquarius must wield the technology to deliver the future with the personal detachment to handle its radioactive contents.”

2023’s Aquarius is buzzing with new beginnings; not only does it include the obvious the sun and new moon transits, but also welcomes a Venus and Saturn conjunction on January 22. Although Saturn operates in a much stricter fashion than the sensual Venus, the two coming together is essentially a commitment to beauty. And in Aquarius, the intellectual air sign, this meet up can also ensure a beauty that’s built to last.

What’s important to remember about this stellium — a planetary pileup — in Aquarius is that the sign signals renewal; the water bearer is ready and willing to cleanse the masses and leave them energized for the future. With the new moon in Aquarius in particular, we’re launched into a new lunar cycle (and the Lunar new year!) that’s primed for setting intentions with out values and our commitments. It’s an opportunity to envision the ultimate big picture goals. What’s real to you right now? What’s your definition of a meaningful life? Read for your rising sign in NYLON’s January 2023 horoscope to see how these transits play out for you.