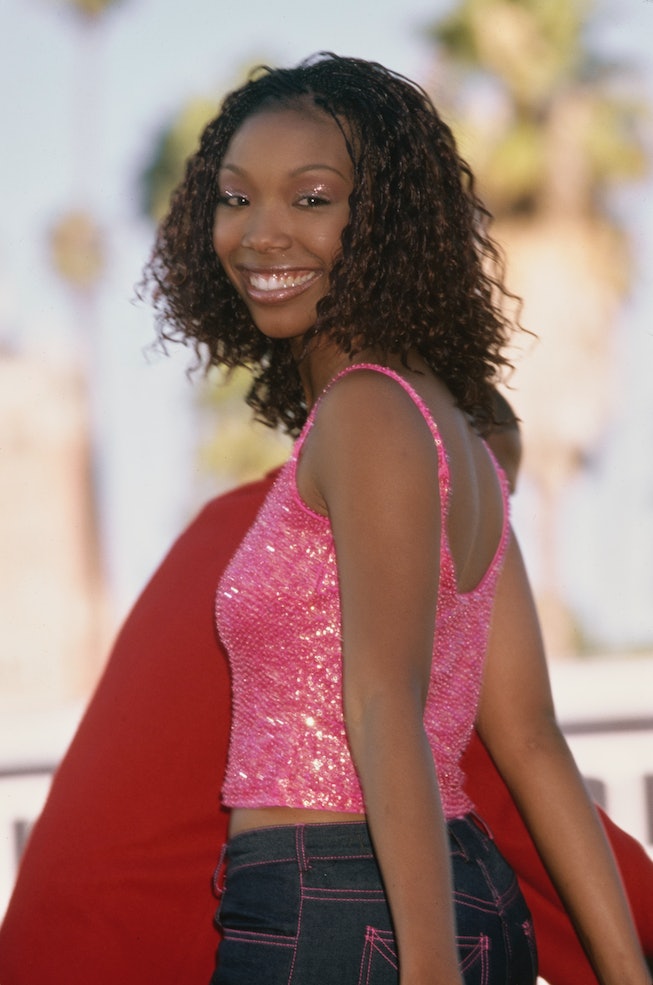 At this point, it’s frightening how on-point A24 is in what its audience want. They know what we crave: aesthetics over plot; strange endings; dusting off the careers of forgotten celebrities; paving the way for the young, hot ones; scenes that inspire you to turn to the person sitting next to you and say “What the f*ck?” Phoebe Bridgers and Snail Mail are involved in the upcoming A24 film I Saw The TV Glow. The studio will soon release The Idol, starring the Weeknd, Rachel Sennott, and Lily-Rose Depp. It’s almost like if you input everything about the year 2022 into an AI, it would spit out one of a dozen A24 works: Euphoria, Bodies Bodies Bodies, Everything, Everywhere, All At Once. Some call it pandering, others call it being on the pulse. Whatever it is, A24 has a bullet-proof formula. Now, the studio is gifting viewers with a singular talent for one of its upcoming films: Brandy.

Brandy hasn’t been on the big screen for years, but is most famous, of course, for her roles in the 90s sitcom Moesha, the monumental 1997 adaptation of Cinderella, and I Still Know What You Did Last Summer, plus R&B hits from the 90s and early aughts.

Now, Brandy will star in A24’s new psychological horror The Front Room, alongside Kathryn Hunter, who was in Harry Potter, Neal Huff of Spotlight, and Under the Banner of Heaven’s Andrew Burnap, about a newly pregnant couple who takes in their estranged stepmother when she is struck by illness. According to a tweet from A24’s official Twitter account, which shows Brandy in a sleek suit reading a script in a director’s chair, production has started on the film. There’s no word yet on when it will be released.

We don’t know much yet about the film, but it marks the first from the Eggers Brothers, an identical twin duo named Max and Sam Eggers who worked on their brother Robert’s A24 films, The Lighthouse (which Max co-wrote) and The Witch, respectively. Sam Eggers also co-wrote Olympia, the documentary about the Oscar-winning actress Olympia Dukakis.

Elsewhere in Brandy’s universe, she just celebrated 25 years since Cinderella, with an appearance on a 20/20 special, which aired Tuesday.

"My dreams when I was a young girl [were] to be a singer, have my own band and meet Whitney Houston. That was it," Brandy said on 20/20. "I had no idea that my destiny would take me to a role [like] Cinderella, be the first woman of color to play her, and then for Whitney Houston to be my Fairy Godmother. You gotta be kidding me."