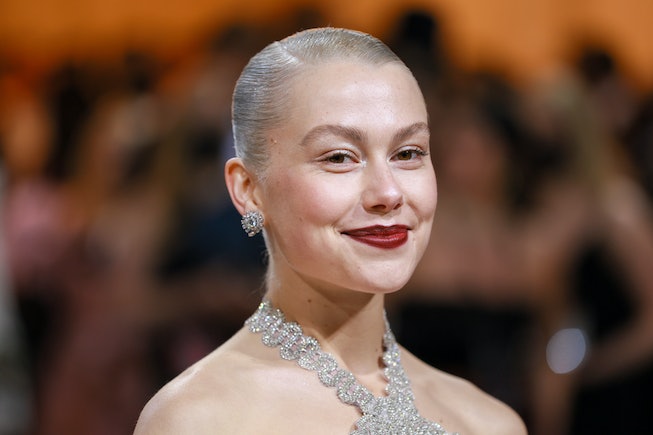 Snail Mail and Phoebe Bridgers are extremely well-known for their excellent indie rock music — ask any frequent reader of Pitchfork (or NYLON) about them, and nine times out of ten, they’ll be able to immediately name their favorite album and favorite song by the two artists. A space where they’re less known, perhaps? Hollywood. Sure, songs like Bridgers’ “I Know the End” and Snail Mail’s “Pristine” feel appropriately cinematic with their evocative lyrics and immersive soundscapes. But let’s face it: cinephiles aren’t necessarily super-familiar with their work.

But that could all be changing soon.

According to The Hollywood Reporter, both Snail Mail’s Lindsey Jordan and Phoebe Bridgers (as part of Haley Dahl’s 11-person “avant-garde rock act” Sloppy Jane) are both currently attached to an upcoming A24 film called I Saw the TV Glow. While the particulars of their involvement is not yet known, it is easy to guess that both performers — along with rock band King Woman and the iconic musician-director Fred Durst — will be contributing to the film’s soundtrack or score in some way. THR describes the film as having “a strong musical contingent.”

A horror thriller written and directed by Jane Schoenbrun (who’s currently enjoying tons of Hollywood buzz thanks to the success of their coming-of-age, extremely online horror film We’re All Going to the World’s Fair), I Saw the TV Glow stars Generation’s Justice Smith and Atypical’s Brigette Lundy-Paine as two teenage outcasts who bond over their shared love of a scary television show. “However, the boundary between TV and reality begins to blur after [the show] is mysteriously canceled,” according to a plot synopsis.

Along with Smith and Lundy-Paine, I Saw the TV Glow also stars Station Eleven’s Danielle Deadwyler, Buffy the Vampire Slayer’s Amber Benson, Let the Right One In’s Ian Foreman, Home Alone’s Michael Maronna, Bodies Bodies Bodies’ Conner O’Malley, Ghostbusters: Afterlife’s Emma Portner, The Mighty Ducks’ Danny Tamberelli, and Helena Howard, whose performance in Madeline’s Madeline is, in my objectively correct opinion, still one of the best of the past decade.

Not much more is known about Schoenbrun’s sophomore feature, though the director did take to Twitter earlier today to celebrate what she “humbly bragged” was “the coolest, wildest (and queerest) cast anyone has assembled in a minute.” With such high praise for their actors (the film has already wrapped production) and involvement from some of the best indie rockers working right now, it seems like I Saw the TV Glow might just…make your TV glow.