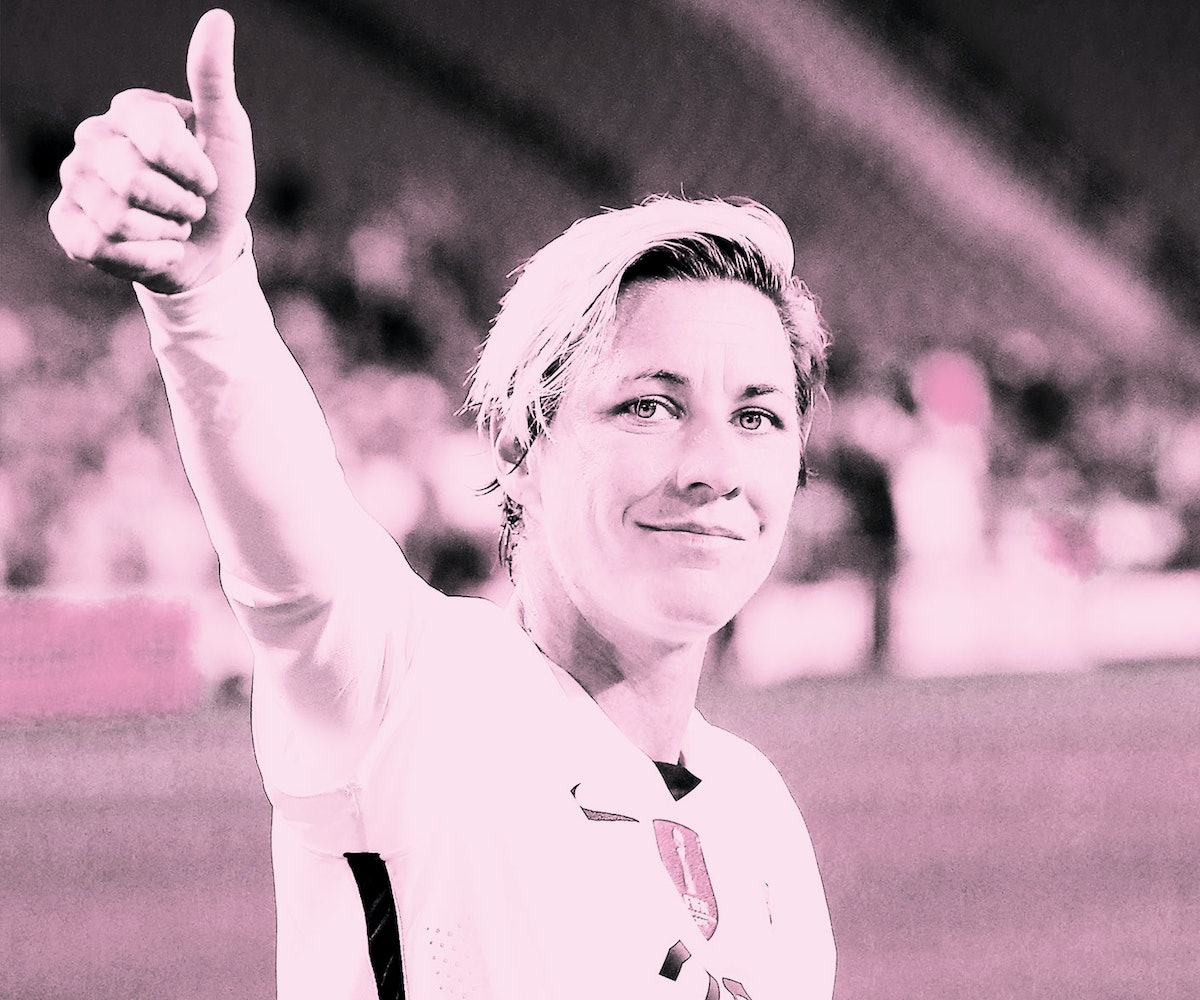 This year, Barbie has gone through a whole lot of changes! A few months ago, we were were raving over film director Ava DuVernay's Barbie doll from Mattel's "Sheroes" collection. Prior to that release, Barbie's latest campaigns were noticeably more empowering toward young girls in regards to their aspirations and ambitions. Rewind to last week, and we found out that Barbie would be coming in all shapes, shades and sizes. (She even landed her own cover on TIME.) Yesterday, we were introduced to Hijarbie and Malaville. Now, we've just been informed that Mattel is giving soccer superstar Abby Wambach the doll treatment, another signal of the major progress that is being made to diversify Barbie's traditional image.

Although recently retired, Wambach is renowned for her 14-year stint on the U.S. women's national soccer team where she won two Olympic gold medals and the 2015 Women's World Cup. Wambach's Barbie doll was revealed at a MAKERS conference, where Wambach told the audience that she loved to play with Barbies as a young girl and is proud to provide "another option" for girls who can't identify with dolls that don't physically resemble them.

In other Barbie related news, fans of Selena Quintanilla have started a Change.org petition to get the manufacturing company to create a doll in the late Tejana singer's honor. If the unveiling of Wambach's Barbie doll proves anything, it's that society's perceptions of beauty are finally expanding to become more inclusive. This couldn't be a better time for Mattel to also release a Selena doll, and we hope that the opportunity doesn't go unpursued.