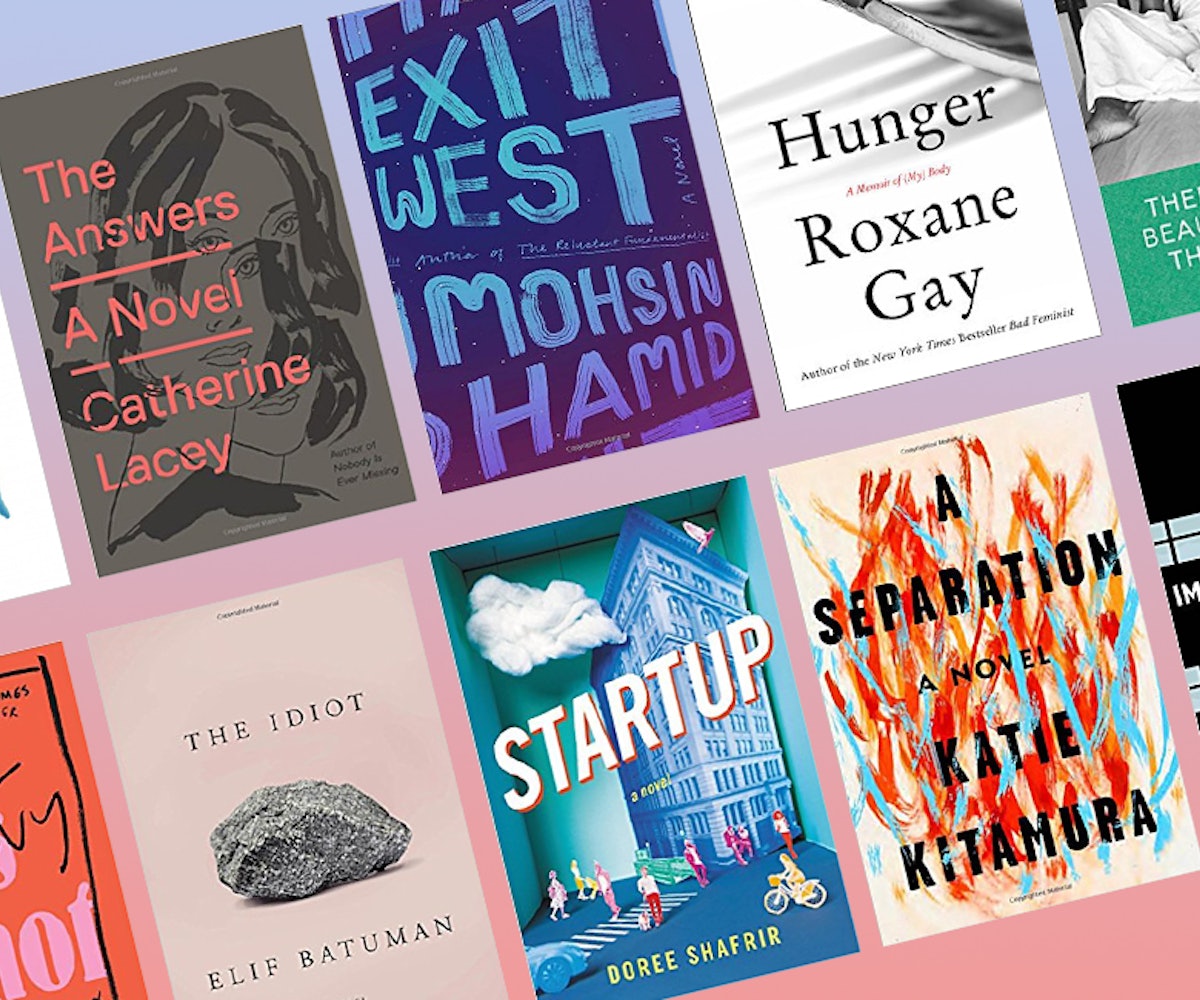 It's hard to find much about 2017 that feels incontrovertibly good; not only does every week seem to bring some catastrophic news story or another, but every day we get collectively reminded, via the insane tweets of one Donald Trump, of the collective doom toward which we're all rushing. (Happy Sunday, everyone; I do hope you're all enjoying your summer.)

But so, if you want something to distract yourself from everything going on around you (and probably inside you; shit just feels real everywhere), there's no better place to escape than in a book. Here, then, are my 21 favorite books of the year so far. I've written about them all before in one capacity or another, so will just recommend them to you all below based upon who will love them the most and why. Read one, read them all, just be grateful, I guess, that no matter what else is happening, there's at least lots of good stuff to read.

The Gift by Barbara Browning

The Answers by Catherine Lacey

Read more about The Answers here.

There Are More Beautiful Things Than Beyoncé by Morgan Parker

Read more about There Are More Beautiful Things Than Beyoncé here.

The Rules Do Not Apply by Ariel Levy

Read more about The Rules Do Not Apply here.

The Idiot by Elif Batuman

Read more about The Idiot here.

A Separation by Katie Kitamura

Read more about A Separation here.

Imagine Wanting Only This by Kristen Radtke

Read more about Imagine Wanting Only This here.

Lincoln in the Bardo by George Saunders

Read more about Lincoln in the Bardo here.

Too Much and Not the Mood by Durga Chew-Bose

Read more about Too Much and Not the Mood here.

For the person whose love of beautiful sentences is matched by their love of absurdity and their love of this one perfect tweet and their love of stories about being born again while watching The Exorcism hundreds of feet beneath the ocean's surface. For those people, there is no better book and there never will be.

We Are Never Meeting in Real Life by Samantha Irby

Read more about We Are Never Meeting in Real Life here.

The Sarah Book by Scott McClanahan