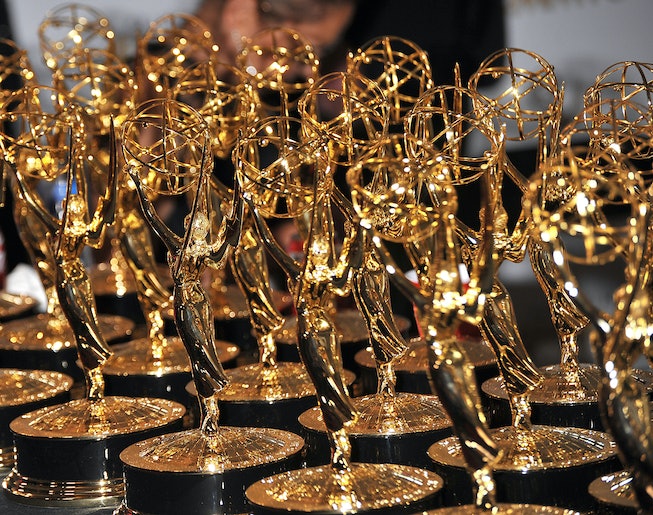 Television’s biggest night is almost here. This Sunday, the Primetime Emmy Awards return for its 73rd ceremony in Los Angeles. The event, which celebrates outstanding television on cable and streaming networks, is stacked with exciting nominations, celebrity presenters, and a few historic feats.

Comedian and actor Cedric The Entertainer is hosting this year's festivities. It’s his first time helming the awards, and a rare occasion (and a refreshing change) for the Emmys. The last Black man to do so was journalist Bryant Gumbel, in 1997. Since then, all the hosts have been white, aside from Michael Che who co-hosted the event with his SNL castmate Colin Jost in 2018. In an interview with People, Cedric said, “It’s an honor to be the guy that’s in charge — you know, running the post. I’m the Tom Brady of this joint.”

Keep reading for everything to know about the 2021 Emmy Awards:

Who is presenting at the Emmys?

Though Cedric is hosting, a rolodex of celebrities will assist in doling out the awards. Country singer and vaccine fairy Dolly Parton is the newest addition, along with actresses Awkwafina (Nora Lum) and Ellen Pompeo.

Here’s everything to know about the 2021 Emmy Awards:

Who are this year's notable Emmy nominees?

Michaela Coel’s masterpiece I May Destroy You is finally getting the recognition it deserves with a nomination for Best Limited Series. Meanwhile, Coel is also up for Lead Actress in a Limited Series/TV Movie, for her groundbreaking role as Arabella in the show.

Apple’s Jason Sudeikis-starring comedy Ted Lasso has a sweeping 20 nominations across all categories. And HBO Max’s drama Lovecraft Country — featuring the late Michael K Williams — nabbed 18 nominations, despite being cancelled by the streamer after just one season.

Oprah is also getting recognized for asking Harry and Meghan if “they were silent, or silenced” — her historic interview with the former royals is nominated for the Outstanding Hosted Nonfiction Series or Special. Meanwhile, The New York Time’s Framing Britney Spears documentary — which sparked conversations about her conservatorship battle — earned a nomination for Outstanding Documentary or Nonfiction Special.

Every awards season, someone or something gets snubbed for reasons unknown. This time, the clever, late night, variety show Ziwe was left in the shadows. Nicole Kidman was also forgotten despite her riveting performance as Grace Fraser in The Undoing, along with HBOs groundbreaking mini-series, It’s A Sin, which chronicles the 1981 AIDS epidemic.

How do you watch the Emmys?

The Emmys commence on Sunday, September 19th at 8pm EST / 5pm PST. You can watch the ceremony live on CBS or stream it through Paramount+.