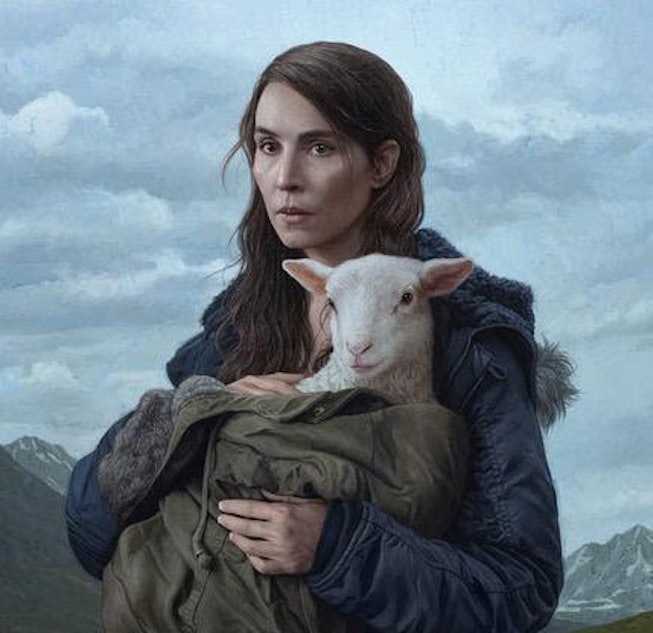 Before it had even had its official premiere at this year’s Cannes Film Festival — where it was competing in the highly competitive Un Certain Regard section — Icelandic horror film Lamb had already been acquired by A24. Such early acquisitions usually exhibit a specific confidence in an otherwise-unseen film, and after seeing the overwhelmingly positive responses to it, it’s clear that the production house made the right move. Described by critics as “highly original,” “disturbing,” and “hypnotic,” Lamb made a huge impact on those lucky enough to have already caught it in France — and with one look at the just-released trailer, it’s not hard to understand why.

The feature debut of Valdimar Jóhannsson, who also co-wrote the screenplay alongside Icelandic poet Sjón, Lamb follows “a childless couple in rural Iceland who make an alarming discovery in their sheep barn,” according to Variety. That alarming discovery is the “lamb” of the film’s title, which also happens to be half-human. The couple decide to raise the weird hybrid as their own — they were childless before discovering it, after all — but “after defying the will of nature in an attempt to heal their pain, they soon face dark and malevolent consequences.”

The film, which has been described as a “supernatural folktale,” stars Noomi Rapace (The Girl with the Dragon Tattoo’s Lisbeth Salander) and Hilmir Snær Guðnason as the central couple, respectively playing María and Ingvar. Björn Hlynur Haraldsson, Ingvar Sigurdsson, and Ester Bibi also star. (Unfortunately, the half-lamb, half-human is not credited.)

Back in 2019, soon after being cast, Rapace told Variety, “A script like this is rare and I directly felt that I had to do it.” After spending several years making big Hollywood films like Prometheus, Sherlock Holmes, and Bright, Lamb marked the actress’ return to Scandinavia. “I’ve never done anything like this before,” she said. “I can’t wait to start filming and go back to my roots in Iceland.”

In addition to being the buzziest production house of the moment, A24 has also built up a solid reputation for its expansive slate of horror films. Whether it’s Anya Taylor-Joy’s breakout role in The VVitch, Ari Aster’s impressive one-two punch of Hereditary and Midsommar, Gaspar Noé’s beautifully trippy acid trip Climax, Yorgos Lanthimos’ eery The Killing of a Sacred Deer, or the very hot cast (including Zola’s Riley Keough) of one of our favorite 2010s horror films, It Comes At Night, the creators of Lamb can rest easy knowing they’re in good hands with this prolific studio.

Check out the trailer for Lamb below. The new film hits theaters October 8th.