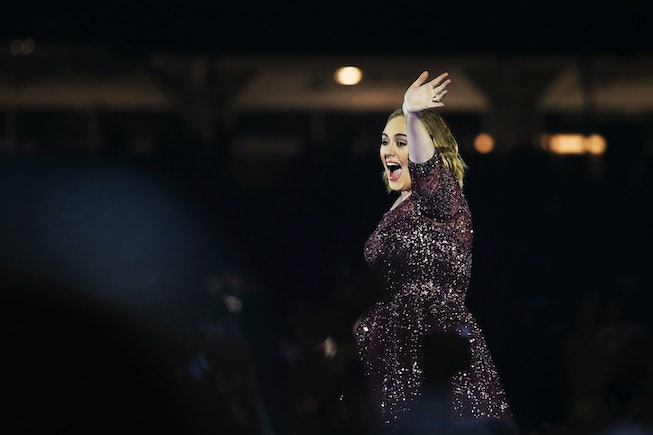 Ahead of the release of her highly anticipated fourth studio album, 30, Adele has revealed the first tour dates where she’ll be performing her new body of work.

Though she now lives in Los Angeles, the singer will be returning to her hometown for the dates: two nights in London’s Hyde Park next summer, where all-time greats like the Rolling Stones and Fleetwood Mac have played.

The dates are scheduled for July 1 and 2, 2022, according to Adele’s posts on social media announcing them. The rollout for 30 has been a slow reveal, with Adele first sharing that 30 was on the way in a lengthy Instagram post, followed by two profiles for Vogue and British Vogue. In her Instagram post, the singer noted how much she’s changed since she first wrote and recorded 30 three years ago.

“I was certainly nowhere near where I’d hoped to be when I first started it nearly  3 years ago,” Adele wrote on Instagram. “Quite the opposite actually. I rely on routine and consistency to feel  safe, I always have. And yet there I was knowingly — willingly even, throwing  myself into a maze of absolute mess and inner turmoil!  I’ve learned a lot of blistering home truths about myself along the way. I’ve shed  many layers but also wrapped myself in new ones. Discovered genuinely useful  and wholesome mentalities to lead with, and I feel like I’ve finally found my  feeling again. I’d go as far as to say that I’ve never felt more peaceful in my life.”

For those who won’t be at the London shows, Adele will also perform a “One Night Only” concert special for CBS, which will be accompanied by an interview with Oprah and air Sunday, Nov. 14.

Until then, you can listen to the first single off 30, “Easy On Me,” and learn about the meaning behind the song here.