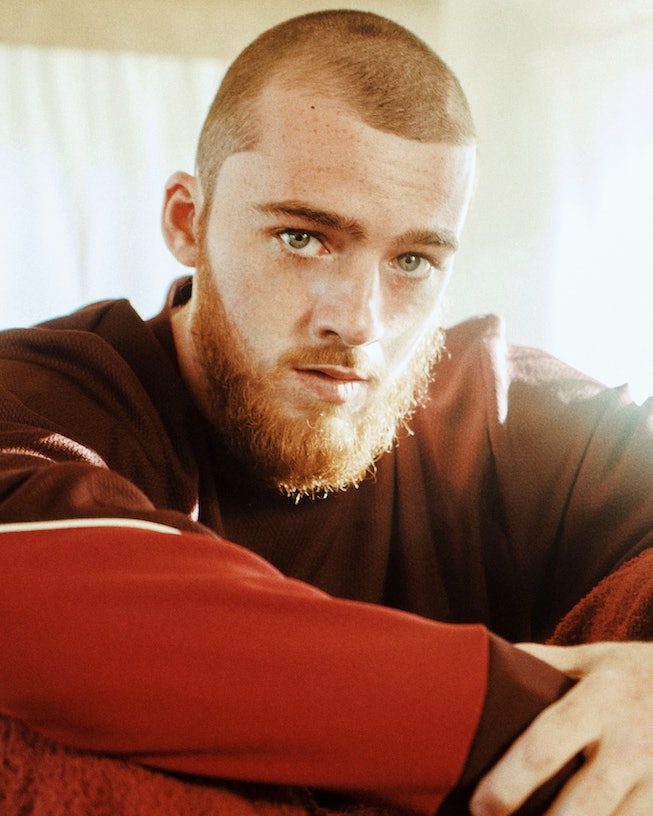 As Fez on Euphoria, Angus Cloud plays a sensitive, soft spoken drug dealer with a heart of gold — a role that’s quickly won him legions of fans, and a spot as one of the most beloved character’s on HBO’s record breaking, most-watched show after Game of Thrones.

In real life, Cloud has many of the same mannerisms that make his portrayal of Fez feel so authentic — and his backstory is famously humble as well. Raised in Oakland, California, much of Cloud’s family lives in Ireland, where he planned to move before being cast on the show. Having been discovered by a casting agent on the streets of New York while working at a Brooklyn restaurant, Cloud was thrust into the spotlight following Euphoria’s massive success. The show has become something of a cultural phenomenon, spawning countless memes, fashion and beauty trends, and according to Spotify, tens of thousands of Euphoria-inspired playlists, including 31,000+ with Fez’s name in the title alone.

On that note, Cloud has exclusively shared with NYLON his own playlist of his 56 go-to songs at the moment, many of which are by artists who hail from his native Bay Area.

There are the Northern California staples that any hyphy fan will recognize — including E-40, Mozzy, J. Stalin, Johnny Ca$h, Andre Nickatina, The Jacka, and of course the legendary Mac Dre. In fact, the entire playlist is filled with artists from the Bay, featuring classic artists from the region like Kreayshawn, Lil Debbie, The Pack and the more recent SOB X RBE. Whether he’s using this playlist to get into character or simply vibing, Cloud clearly loves to rep his hometown.

Listen to Cloud’s “Yo, Pass the Aux” playlist below: