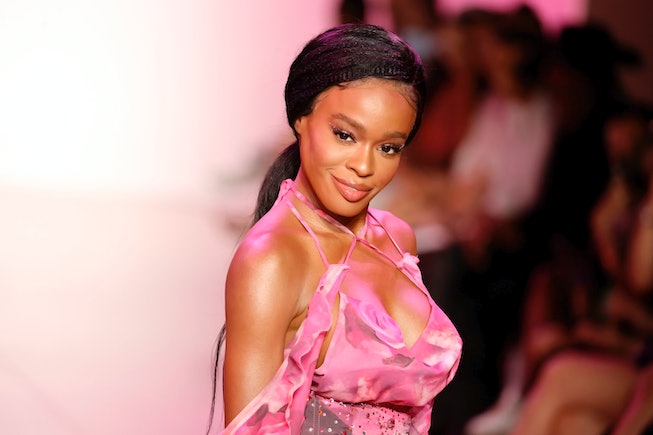 If you’ve ever gone through one of Azealia Banks’ famously long — and undeniably hilarious — Instagram Stories and thought to yourself, Hey, I think this person would do really well on reality television, then, boy, oh boy, don’t I have some good news for you.

If social media is anything to go by, we’ll be getting exactly that sometime in the future.

Yesterday afternoon, the rapper took to Instagram to make a special announcement (via Story, because, of course). “Ok so the Azealia Banks reality tv show is happening,” she began in her note. “I’m excited. FINALLY people get to see the real me: an asshole.”

The news came shortly after Banks initially hinted at the possibility of a project, sharing on Instagram that another rapper had caused problems for the series, forcing a delay. “I was supposed to start filming a reality show last month. But apparently Nicki [Minaj] gave the network an ultimatum because she knows I’ll have much better ratings…,” Banks wrote, presumably talking about Minaj’s upcoming documentary, Nicki: A Six-Part Documentary Series, which just received its first trailer a few weeks ago (and may or may not be coming out through HBO Max). “But I’ve got three more offers in the inbox,” she added with a mermaid emoji. Apparently, one of those offers quickly went through. Three hours later, it was “happening.”

For now, little is known about what to expect from the new show. Will we follow the performer in her day-to-day life, getting an inside peak into the creation process behind indelible hits like “1991” and “Fuck Him All Night?” Or will her show be more of a docuseries a lá JANET JACKSON., the recent Lifetime program that gave the titular famous singer a chance to talk about her headline-making past in her own words? Or better yet, maybe we’ll be getting a talk show of some sort? The outspoken singer has already done similar work with her podcast — and with Wendy Williams officially off the air, there has never been a more open market for a host that isn’t afraid to speak her mind, no matter how potentially controversial. (Yes, Sherri Shepherd’s Sherri is coming soon, but even she has stated her intent to keep things light and friendly.)

Whatever the show ends up being, I’m sure we’ll end up finding something to love — or at the very least, love to hate. The only hope is that this reality series doesn’t go the same way as albums like Fantasea II: The Second Wave and Business & Pleasure, two extremely promising projects that still have yet to see the light of day. Here’s to hoping she has the right team behind her.

NEXT UP
culture
Anna Delvey Is Getting A Reality TV Show
A Night Out
A Night Out With Rachel Bilson
Culture
Phoebe Dynevor Will Not Return for Bridgerton Season 3
Culture
6 Shows To Binge Once You've Finished 'The White Lotus'
Style + Culture, delivered straight to your inbox.