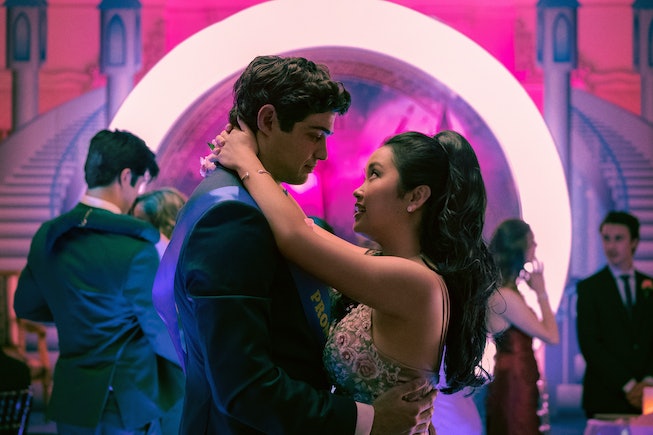 February is the month of love — and for those who love to stream films and TV shows from the comfort of their home, you're in luck, as Netflix has tons of new titles coming to the streaming service throughout the shortest month of the year, both new and old.

Top of the list is probably Malcolm & Marie, out on February 5th, Sam Levinson's black-and-white film about a couple (played by Euphoria's Zendaya and Tenet's John David Washington) arguing their way through their long-term relationship problems following a big premiere for a movie directed by the titular Malcolm. The streamer hopes Malcolm & Marie will be a big player during the upcoming awards season, and after screening the film this weekend, I can confidently say that current Best Actress frontrunners Viola Davis (Ma Rainey's Black Bottom), Frances McDormand (Nomadland), and Vanessa Kirby (Pieces of a Woman) have some stiff competition coming in newly-minted Emmy winner Zendaya.

On the film side, other notable titles include: To All The Boys: Always and Forever, Lara Jean, the Lana Condor-starring final installment in the beloved trilogy based on Jenny Han's equally beloved novels; I Care a Lot, the latest movie to find Oscar nominee Rosamund Pike sporting a blunt bob while scheming and being shady; Pelé, a documentary about the legendary Brazilian soccer player; and The Girl on the Train, a Hindi adaptation of the New York Times bestselling psychological thriller novel.

Original TV series include Tribes of Europa, a German sci-fi series following three siblings as they try to save the world; The Crew, a new sitcom set in a NASCAR garage, starring The King of Queens' Kevin James; Firefly Lane, a drama starring Katherine Heigl and Sarah Chalke as two childhood friends who find their three-decade strong bond tested after an unexpected tragedy; and Ginny & Georgia, which follows a young, beautiful mother and her moody, quiet teenage daughter as they move to a new town in search of a better life. Despite its basic premise paying clear homage to Gilmore Girls (which Netflix notably rebooted back in 2016), I can confirm that Ginny & Georgia is decidedly darker than its deliberately chipper predecessor.

Stand-up comedy fans can gear up for the second season of the Tiffany Haddish-curated They Ready comedy special, featuring several new and exciting comedic voices. And if you're on the hunt for your next true crime obsession, look out for Crime Scene: The Vanishing at the Cecil Hotel, the latest from The Ted Bundy Tapes creator, which explores a guest abduction from an infamous hotel.

Find a full list of titles coming to Netflix throughout February below.

All My Friends Are Dead

Strip Down, Rise Up

Crime Scene: The Vanishing at the Cecil Hotel

The Misadventures of Heidi and Cokeman (En Passant Pêcho)

Buried by the Bernards: Season 1

To All the Boys: Always and Forever

Animals on the Loose: A You vs. Wild Movie

I Care A Lot

Brian Regan: On The Rocks

Caught by a Wave