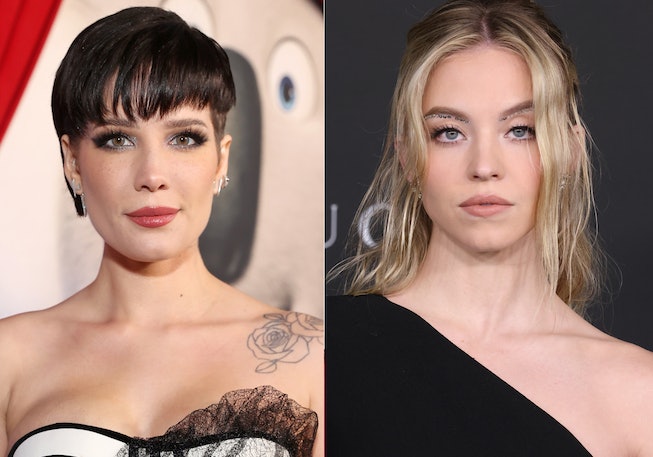 A new film will bring together some of the most viral names of the year, with Euphoria’s Sydney Sweeney, Halsey, Red Rocket’s Simon Rex and Cobra Kai’s Paul Walter Hauser all cast in Bron Studios’ upcoming film, National Anthem.

Per Deadline, the film “revolves around a gritty hunt for a valuable rare Lakota Native American Ghost Shirt. Some are hunting for fortune, others for personal freedom, while others simply want to return it properly to its home. No longer will the marginalized be ignored — all must learn to survive or else.”

The film marks poet, critic and screenwriter Tony Tost’s directorial debut, and will have Native American activist Marcus RedThunder onboard as a consultant for the film.

“I am truly honored to have the opportunity to bring National Anthem to life on film, and to work with Page Fifty-Four Pictures, Bron Studios and this incredible cast,” Tost said. “I’m especially thrilled to be bringing to the screen a vision of modern rural America that pays tribute to the myths of the West while also radically reinventing them.”

The film marks Halsey’s first major on-screen role in a live action film (iconic A Star Is Born cameo notwithstanding), but it’s actually the second collaboration between the pop star and Sweeney that’s been announced. Last February, HBO Max put into development The Player’s Table, a TV series based on Jessica Goodman’s bestselling debut novel They Wish They Were Us, starring Sweeney and Halsey (the pair met on the set of Halsey’s “Graveyard” music video).

Like Sweeney — who is having a major moment thanks to her star turns in last year’s White Lotus and the current season of Euphoria, which largely centers on her character, Cassie — Halsey has also been extremely busy. The new mom just announced a 2022 summer tour in support of their Grammy-nominated fourth studio album, If I Can’t Have Love, I Want Power, along with the 10th drop from their beauty line, About Face.