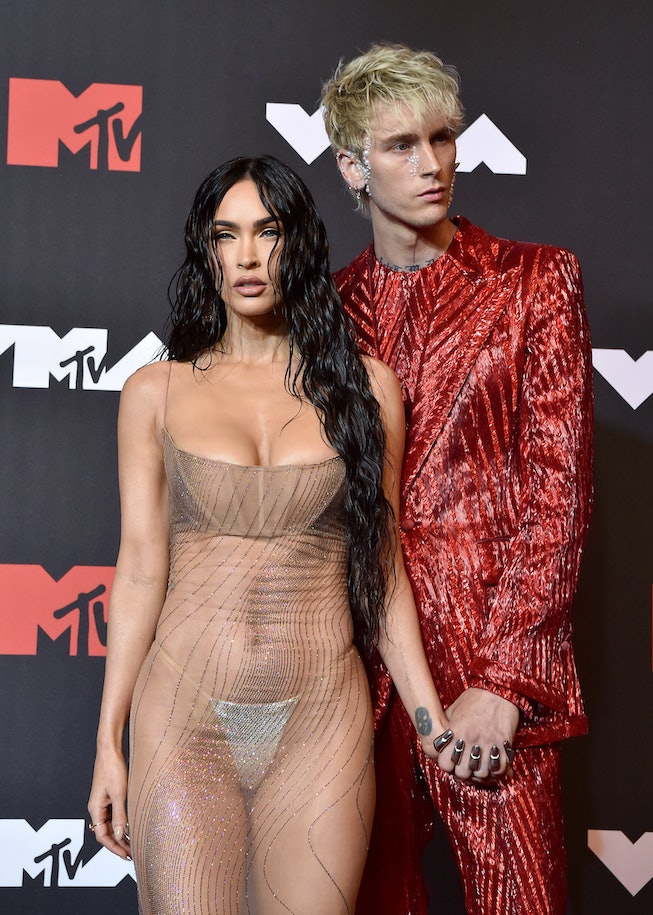 One of the few pleasures of the past couple of years in entertainment has been the revitalization of Megan Fox’s career. After being thoroughly misunderstood in the early 2010s, when she first rose to fame with roles in Jennifer’s Body and Confessions Of A Teenage Drama Queen, the actress stepped away from the limelight’s harsh glare. Now, she’s back with new projects (like Midnight In The Switchgrass and Good Mourning) and plenty of press surrounding her “twin flame” relationship with fiancé Machine Gun Kelly.

In a new profile, Fox shared more details about both aspects of her life. Reflecting on how she was initially perceived by the media and the rest of Hollywood when she was labeled “difficult” while working on Michael Bay’s Transformers films, the actress said, “I think that I was ahead of the #MeToo movement by almost a decade. I was always speaking out against some of the abusive, misogynistic, patriarchal things that were going on in Hollywood back in 2008 and 2009, way before people were ready to embrace that or tolerate it. And I actually got ridiculed for doing it. I think people just have had time to review that, in retrospect.”

“I wasn’t allowed to be a human, because I was a topic of conversation and gossip and punch lines,” she added.

Fox also shared more details about her relationship with MGK — which has been marked by public PDA, sweeping declarations of love, and comparisons to “It” couples of yore, like Angelina Jolie and Billy Bob Thornton, blood vials and all. After joking (sort of?) in an Instagram caption that the pair “drank each other’s blood” immediately following their engagement, Fox has now confirmed that she and MGK do indeed imbibe each other’s DNA.

“Yeah. So, I guess to drink each other’s blood might mislead people or people are imagining us with goblets and we’re like Game Of Thrones, drinking each other’s blood,” Fox told Glamour UK. “It’s just a few drops, but yes, we do consume each other’s blood on occasion for ritual purposes only.” (What other purpose could there be, one wonders?)

She continued: "I’m much more controlled. I read tarot cards and I’m into astrology and I’m doing all these metaphysical practices and meditations. And I do rituals on new moons and full moons, and all these things. And so, when I do it, it’s a passage or it is used for a reason. And it is controlled where it’s like, ‘Let’s shed a few drops of blood and each drink it.’ He’s much more haphazard and hectic and chaotic, where he’s willing to just cut his chest open with broken glass and be like, ‘Take my soul.’” When asked whether that actually happens, Fox replied, “It doesn’t not happen. Let me tell you. Maybe not exactly like that, but a version of that has happened many times.”

Fox’s spirituality also includes manifestation, as she said she believes she created MGK with the power of her mind: "He’s literally my exact physical type that I’ve been manifesting since I was four. I’m also four years older than him. So, I think I made him. My thoughts and intentions grew him into the person that he is, who knows what he would’ve looked like or been like if it wasn’t for me.”

The interview is full of other fascinating tidbits, like Fox’s feelings of rejection from feminism, and her experience as a mother in the public eye. Ultimately, she said she has few regrets.

“The regret I have is that my personality is so lost on people, my sense of humor is lost,” she said. “My intelligence is not acknowledged. And so that is a regret. Sometimes I feel like I just waste my energy, giving myself to people who don’t understand and won’t appreciate [me], but I’ve never had anything where I look back now and think, ‘I really shouldn’t have said that’ Because even the terrible things caused me to do so much work on myself, that I grew exponentially, because of it.”