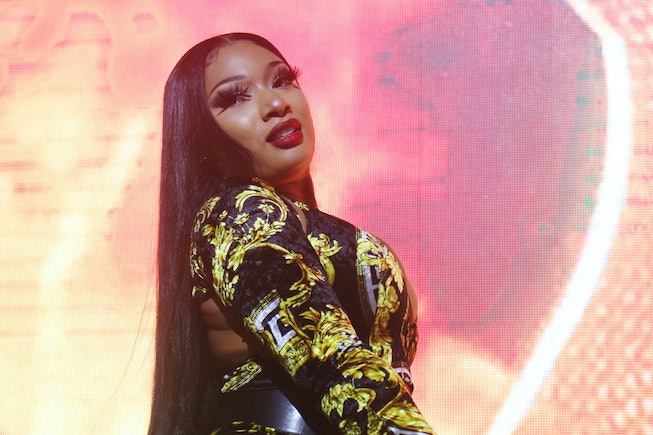 A little less than a month ago, Megan Thee Stallion dropped a Beyoncé-assisted remix to her hit TikTok-approved single "Savage." That same day, fellow rising rapper Doja Cat announced a remix to her own TikTok-approved jam "Say So;" hers would feature a verse from Nicki Minaj. From that point on, it was a clear battle between the two rappers, with everyone placing bets on who would ultimately secure the #1 spot that these respective remixes clearly were gunning for. Thanks to the power of Barbs, Doja Cat was first to the finish line, making history as she topped the Billboard Hot 100 chart two weeks ago. But now, as Doja Cat wades through a sea of controversy, Megan has risen to the top to secure her own number one.

Unlike similar remixes of already-popular songs, "Savage Remix" felt special because the updated track was a throwback to the remixes of yesteryear, back when artists like Mariah Carey would completely reinvent their songs rather than simply slapping on a new guest feature. Complete with three verses from Queen Bey, two new ones from Megan herself, and some playful mutual harmonizing between the pair, "Savage Remix" reinvented the wheel. Throw in buzz-worthy references to things like TikTok, Demon Time, OnlyFans, and IVY PARK, and it was easy to see this song turning into a made-for-the-history-books smash. That it was a collaboration between two Houston, Texas natives that have always repped their hometown as hard as possible was just the icing on the already-delicious cake.

Earlier today, Hot Girl Meg celebrated this monumental achievement with an Instagram post of the Hot 100 charts showing her single in the top slot. "HOTTIES WE ARE NUMBER 1 ON THE HOT 100 FOR THEE FIRST TIME EVERRRR," she exclaimed in all-caps, including a group of flame emojis for extra emphasis. "WE FUCKING DID IT." Later, she thanked God for the achievement right before promising fans that it isn't over just yet. "This is our first but it damn sure won’t be our last! I love y’all so much," she added. "HOUSTON WE GOT ONE."