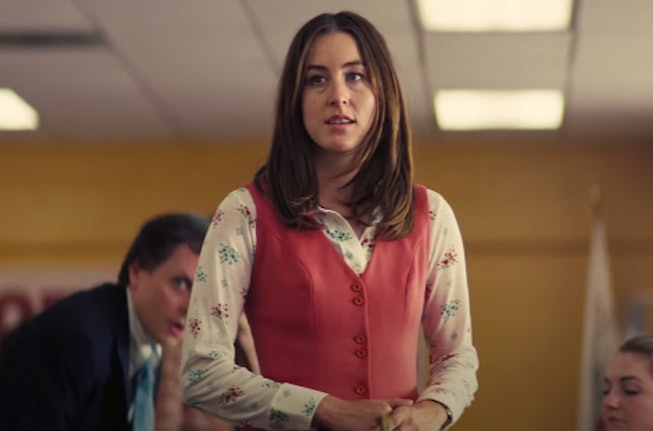 Oscar-nominated director Paul Thomas Anderson and Grammy-nominated singer Alana Haim have worked together in various capacities over the past few years. The director behind beloved hits like Phantom Thread and Inherent Vice has directed a number of videos for Alana’s namesake family band, HAIM, helming visuals for popular songs like “Right Now,” “The Steps,” and my personal favorite: “Summer Girl.” But even with a relationship that spans at least five years, nothing seems grander than the pair’s latest collaboration, which finds the youngest Haim sister taking center-stage in Anderson’s latest film, which has just released its first trailer.

At one point thought to be titled Soggy Bottom, the new film has now revealed its official title: Licorice Pizza. According to a plot synopsis, the film, which was both written and directed by Anderson, “is the story of Alana Kane and Gary Valentine growing up, running around and falling in love in the San Fernando Valley, 1973.” Alana Kane will be played by Alana Haim, while first-time actor Cooper Hoffman (the son of Oscar-winning Capote actor and frequent Anderson muse Philip Seymour Hoffman) plays Gary Valentine. The film tracks the pair through the all-familiar “treacherous navigation of first love.”

And the first trailer for the upcoming film certainly doesn’t disappoint. For a first-time feature actress, Alana Haim seems to be a natural in front of the camera, commanding the screen as an initially annoyed but later infatuated teen navigating complex feelings of love and lust. Hoffman meets her at the same level, playing a “hotshot actor” who’s trying to navigate the tricky webs of fame and the more traditional trials of high school.

The rest of the trailer is a treat, offering us clips of Alana Haim sticking out her tongue and slapping men in the face when they ask to touch her boobs; men using gas cans as makeshift phallic props; teens excitedly running through their high school courtyard; car windows being dramatically smashed; and Oscar nominee Bradley Cooper schooling Hoffman on the proper pronunciation of Barbra Streisand’s last name. (As previously reported, Cooper is playing real-life Hollywood super-producer Jon Peters, who notably dated Barbra Streisand for almost a decade and served as a producer on her 1976 version of A Star Is Born.)

Check out the trailer for Licorice Pizza below.