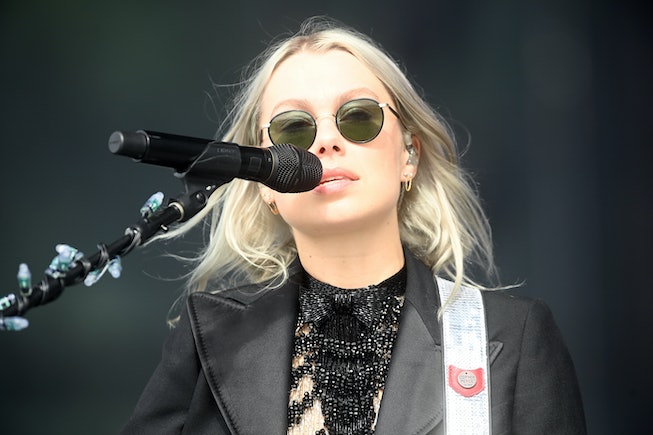 Phoebe Bridgers has added her voice to the continuing din surrounding the biggest trial of 2022: Amber Heard v. Johnny Depp.

In her latest cover story with Teen Vogue, the musician shared her thoughts about the trial, calling it “upsetting,” and specifically calling out the meme-fication and mocking treatment Heard was subjected to from people across the internet.

Though Bridgers largely minded her business when it came to the trial, she did let a bit of her opinion slip though in August when she liked a Twitter post in support of Amber Heard. News of her “like” was eventually pick up by multiple outlets, speaking to the extremely, and disturbingly, sensationalized manner in which the trial was treated by the public.

“That whole situation was so upsetting to me, that it was treated like a fandom war,” she told Teen Vogue, alluding to that sensationalism. “Laughing at someone crying in court? It was disgusting.”

Discussing the trial in the context of #MeToo movement, Bridgers was careful to not side with either party, but pointed out the seemingly different standards to which Heard and Depp were held by people watching it all unfold online. “I think that there's been this falsehood — and I think queer people are included in this — of having to be the perfect victim, or the perfect survivor, or the perfect representation for your marginalized community," she said. "If Amber Heard exhibited any neurotic behavior, it was held against her. Then Johnny Depp, out of his mouth, admitted some of the most violent, crazy shit in court, and it's somehow like, people aren't surprised?”

Bridgers added that the trial was a stark reminder that cancel culture, despite all those who use it as a dog whistle, still doesn’t exist for wealthy, powerful men. “I mean, is [cancel culture] real? Who's lost their job politically? One huge offender is in jail for actual sex crimes, and then anything short of that is, maybe, they lose a couple friends or lose a couple jobs,” she said. “Then five years later, they're like, ‘Sorry, sorry, sorry.’ And they come back, but they never apologize — they never go away.”

In addition to Bridgers, a slew of celebrities have spoken out about the trial including FKA twigs who expressed similar views to Bridgers (and is in the midst of her own similar court case with ex-boyfriend Shia LeBeouf).

“I don’t know the whole ins and outs so I wouldn’t want to comment on that — but I definitely don’t agree with the fact that a woman who has said she’s been abused has been meme-ified and made fun of in front of the whole internet,” Twigs told ES Magazine in July. ‘I definitely have found it really disappointing about human nature.”

The Amber Heard and Johnny Depp trial wrapped up in June with a split jury decision that ultimately found Heard guilty. In the time since, the trial has continued to linger in the public’s consciousness with the release of multiple documentaries and a fictionalized film.