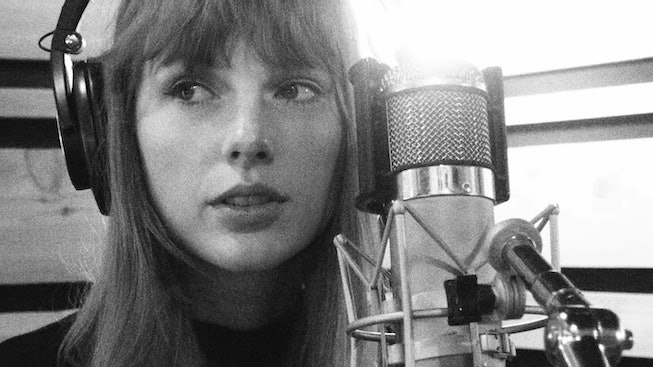 Taylor Swift’s “All Too Well” just got sadder. As if the turbo-boosted, 10-minute extension to the beloved fifth track of Red wasn’t already sad enough, Swift has now released the official “Sad Girl Autumn” version of the 10-minute “All Too Well,” with a live performance video to boot.

Yes — that means you can now hear the saddest song Swift has ever written as a stripped-down, plaintive piano ballad played by The National’s Aaron Dessner while Swift whisper-sings along, sounding on the verge of tears. While we can’t help but feel this now fourth version of the heartbreak Jake Gyllenhaal track is the start of some “All Too Well” industrial complex for Swift, it’s still mighty effective — and a testament to the finely aged maturation of her voice.

This latest rendition of the song was recorded at Long Pond Studios, the same secluded, Dessner-founded cabin at which she recorded parts of Folklore and Evermore. The same rustic magic that imbued those two albums can also be detected in the new “All Too Well,” specifically in the gossamer harmonies and overall softness of Swift’s vocal delivery.

It’s become somewhat of a trend — or, rather, shrewd business practice — for Swift to release multiple sonic versions of the same song, a tactic she seemed to introduce during the Folklore rollout which arrived with a “cabin in candlelight version” of “Cardigan.” For Evermore, she buffed up her alternative offerings with three different witch-themed versions of “Willow” — a “dancing witch version” (an Elvira remix), a “lonely witch version”, and a “moonlit witch version.”

While Red (Taylor’s Version) arrived already stuffed with extra songs and goodies, it seems more than likely that more additions are on the way — perhaps a dance version of “All Too Well”? Though at that point we’re not sure if we’ll be all too red-scarfed out.

In the meantime, hear Swift perform the “Sad Girl Autumn” version of “All Too Well” below.