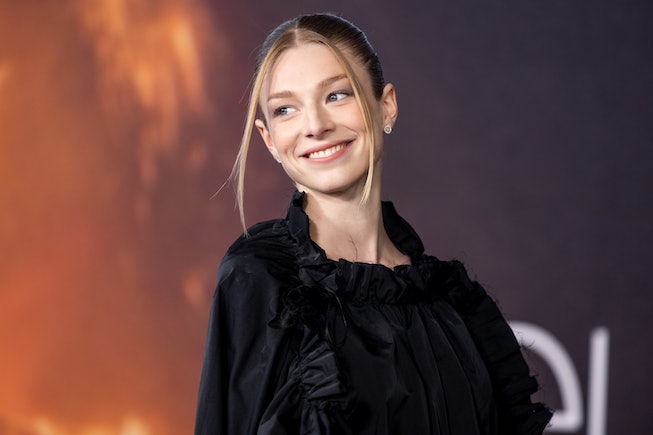 Euphoria may be taking a hiatus for quite some time but that’s not stopping Hunter Schafer from keeping busy, especially in the fashion world. Following her appearance for the release of Prada’s Spring 2022 collection back in January, the 23-year-old model and actress has landed yet another — her third, so far — campaign with the Italian fashion house.

For its latest release, Prada is celebrating the its “Symbole” handbag, and the campaign by creative director Ferdinando Verderi tapped a group of three artists — Catherine Opie, Thomas Ruff, and Carrie Mae Weems — to interpret the brand, bag, and muse in their own different ways. The Milan-based label’s new release also pays homage to its classic “Triangle” logo, which was first used by founder Mario Prada back in 1913.

In a series of newly-released images, Schafer is captured showing off the new bag silhouettes, which come in a variety of sizes, including a teeny-tiny mini bag and a structured big and roomy tote bag version, as well. Available in two colorways, such as brown and black, the “Symbole” is crafted from jacquard that’s woven into a geometric triangular print, similar to Prada’s signature emblematic motif.

This marks Schafer’s third campaign Prada as the luxury label’s brand ambassador. She first joined co-creative directors Miuccia Prada and Raf Simons for a fireside chat after their Fall 2021 show during Milan Fashion Week, and since then, she’s modeled for campaigns, has worn Prada on the red carpet, and walked the runway for its Fall 2022 show in February.