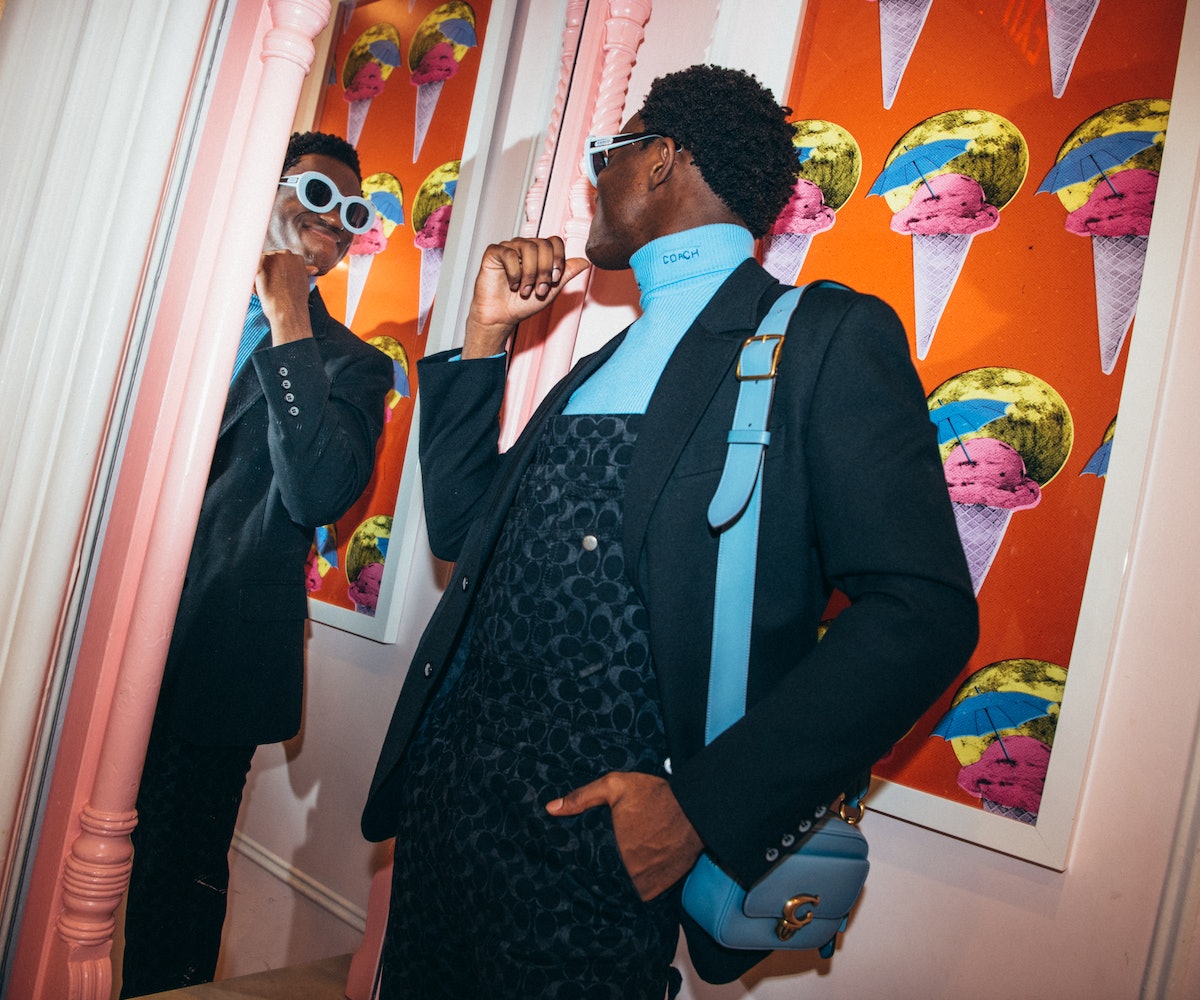 After being postponed back in 2020, the Council of Fashion Designers of America, also known as the CFDA, brought back its annual CFDA Awards ceremony with full force for 2021. On Wednesday, Nov. 10, the event took place in New York City, highlighting the “must-watch” names in fashion including designers like Telfar Clemens, Theophilio’s Edvin Thompson, and Christopher John Rogers. Guests at the show also included honorees and speakers like Zendaya, Squid Game’s Jung Ho-Yeon, and more.

Among the celebrity guests was none other than TikTok style star and model Wisdom Kaye, better known as @wisdm8 on the social media app. The 20-year-old first became known for his fashion videos by experimenting with “out-of-the-box” menswear looks, and so far, Kaye has amassed more than 7 million followers on the short-form video platform alone. In just two years, he’s also proved to be delving more into the fashion industry beyond our phone screens. Back in August 2020, he signed with modeling agency IMG, then he made his runway debut at Balmain’s Spring 2022 fashion show in Paris, and now, he’s attended one of fashion’s biggest nights alongside Coach’s Stuart Vevers and fellow guests Hari Nef, Tommy Dorfman, Lolo Zouaï, Quincy, and Anna Collins

“I was super excited and honored,” Kaye tells NYLON on he first heard he was invited to the “Oscars of fashion.” “It’s such a prestigious award with such big names in attendance I couldn’t believe it. Working hard enough to get invited to events like this is just one of the ways I’ve been pushing into the industry more.”

For the 2021 CFDA Awards, Kaye went for a more fun approach with his outfit, wearing Coach’s signature denim overalls with a ribbed turtleneck and a tailored blazer. He completed his ensemble with penny loafers and carried Coach’s Studio camera bag during the even. “I'm a big fan of the Coach monogram pattern, so I wanted to wear something that showed that,” says Kaye. “I wanted to be classy but fun so I made sure to incorporate fun glasses and a beautiful baby blue touch.”

Check out more from Wisdom Kaye as he documented his experience getting ready for the 2021 CFDA Awards, ahead.

You’re known on social media for your impeccable styling videos, so could you share some tips or techniques on how you capture your outfits for TikTok and Instagram?

My biggest tip is to try and be as original as possible! Or if you’re inspired by other ideas, remix them in ways that no one else is doing. This not only pushes you and unlocks your creativity but also makes people want to watch what you do.

What was your favorite part of attending the event, and what, or who, were you most excited to see?

It was just great to see all the stars in attendance. Also, seeing the designers for some of my favorite brands is always so cool.

What was it like getting ready for the award show? Do you have any special rituals or affirmations that you do before any event?

I keep things simple. I put on the clothes, then I leave.

You just had quite an eventful fashion month where you made your runway debut and you’ve been traveling ever since. How do you manage such a busy schedule while still keeping up with your TikTok content?

I just try my best with everything. I try to do all I can to the best of my ability even when it's a lot. My hope is that it will all pay off.