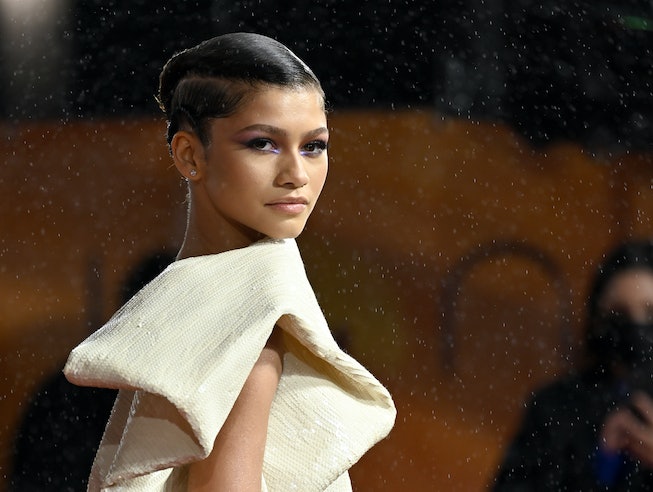 The Council of Fashion Designers of America, or CFDA, just announced additional honoree awards for the upcoming 2021 CFDA Fashion Awards, set to take place on Wednesday, Nov. 10, in New York City, after being postponed back in 2020. Emily Blunt is set to host the ceremony and the list of this year’s nominees include a range of innovative faces in fashion like Telfar Clemens, Christopher John Rogers, Virgil Abloh, and many more.

Among the newly-revealed honorees is Zendaya, who will receive this year’s Fashion Icon award, thus becoming the youngest recipient to receive this award from the CFDA. Zendaya joins a list of Fashion Icon recipients from the previous years, including Naomi Campbell, Beyoncé, Lady Gaga, Pharrell Williams, Rihanna, and Jennifer Lopez.

Over the years, the Euphoria and Dune actress has become known for her bold fashion takes both on and off the screen with jaw-dropping ensembles, like her gold-breasted Loewe gown at the 2021 Women In Film event, her custom “wet” dress from Balmain at the 2021 Venice Film Festival, and custom hot-pink metallic set at the 2020 Critics’ Choice Awards, just to name a few. With her style architect Law Roach as the visionary behind her many of her best looks, the starlet is finally receiving recognition that’s long overdue.

Zendaya has been a force in fashion since 2013, when she first launched her gender-inclusive clothing line called “Daya by Zendaya” during the peak of her Disney Channel days. She’s since worked alongside designers like Tommy Hilfiger and collaborated on the Tommy x Zendaya collection and now, she is a spokesperson for luxury brands including Lancôme, Bvlgari, and Valentino.

Anya Taylor-Joy was also announced as a new honoree, becoming the first recipient of the Face of the Year, which is a new CFDA award for 2021. Best known for her roles in the film Split (2015), Emma (2017), and most recently starring in the hit Netflix show The Queen’s Gambit back in 2020, the actress became known for her ‘50s and ‘60s Hollywood-inspired looks on the red carpet, and she has since graced the cover of numerous magazines and has landed fashion and beauty brand deals and campaigns, including an ambassadorship with Tiffany & Co.

Below, read on to view the full list of nominees at the 2021 CFDA Awards, and be sure to check back for more updates.

Face of the Year Award:

The Founder’s Award in honor of Eleanor Lambert:

Aurora James for the 15 Percent Pledge

The Media Award in Honor of Eugenia Sheppard:

The Board of Directors’ Tribute: