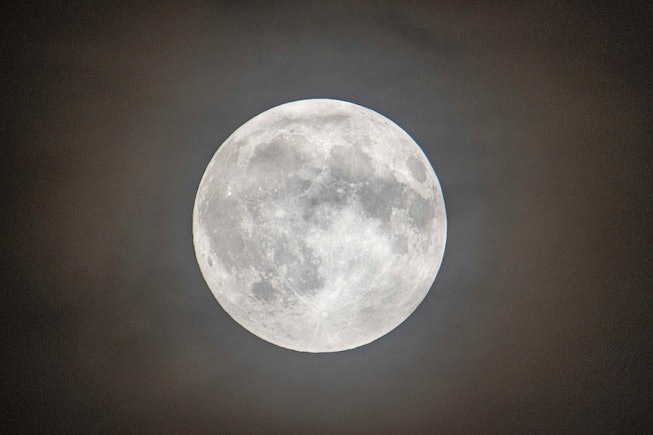 Much to the chagrin of those with Leo placements worldwide, the past few weeks have brought forth some of the most destabilizing astrology of the year. From an explosive conjunction between the north node, Mars, and Uranus — all going down in the earth sign, Taurus — to a squaring off between the fixed signs, a little structure will feel very much like a salve against the cosmic upheaval. Enter August 2022’s full moon in Aquarius. As a Saturn-ruled lunation, boundaries are the name of the game. When the full moon in Aquarius reaches its peak fullness on August 11 at 9:36 p.m. EST, it’s time to bring down the hammer when it comes to protecting your peace. Find out everything you need to know to make the most of this lunation, below.

It’s the last supermoon of the year

Not only is August 2022’s full moon in Aquarius a supermoon, it’s also the last supermoon of the year, wrapping up a cycle of supermoons that began in May. The term refers to any full moon that’s at a distance of at least 90% of perigee (aka the point at which the Moon is closest to Earth). Not only does this amplify the moon in a visual sense, but it may also amplify emotions.

Per The Old Farmer’s Almanac, the August full moon is called “the Sturgeon moon” for an extremely literal reason: It was the time of the summer in which the giant Sturgeon fish, found in the Great Lakes and Lake Champlain, were caught in abundance. No real astrological connection here, and that’s okay!

One of the major themes this lunation is tension, courtesy of a t-square between the sun in Leo, the moon in Aquarius, and a pileup in Taurus including the north node, Uranus, and Mars. A t-square is formed when (at least) two planets are in opposition (180°) and are both aspected a third planet by square (90°). This week, this will be from the full moon in Aquarius sitting in opposition to the sun in Leo, both squared by the pileup in Taurus at the apex.

August 2022’s full moon in Aquarius is in a conjunction to Saturn, the planet of time, rules, and boundaries. Saturn is in the last stretch of its transit through Aquarius, and before it glides into Pisces in March 2023, it still has a few more lessons to dole out on the importance of structure for the collective. Look at where Aquarius lands in your birth chart: What are you being myopic toward? What could be fortified for a better future? Meanwhile, Mars, Uranus, and the north node’s conjunction in Taurus is a tumultuous transit that deals with destiny and creating financial values that stand the test of time.

Considering how the moon in the emotional center of the zodiac, this t-square highlights the tension between your current feelings and the life you dream of living. What’s on the chopping block?

How to make the most of the full moon in Aquarius

August 2022’s full moon in Aquarius offers a chance to course correct. With strong boundaries in place, it’s time to renegotiate the terms of your life to create a more solid foundation — it’s the fixed sign way. In lieu of manifesting, cultivate a richer inner world that doubles as a bunker for the storm. Much like how Aquarius deals with the big picture of humanity, use that same vantage point to examine your emotional world and the part of your chart that contains Aquarius. Perspective is always a gift, but especially under this lunation.

This article was originally published on Aug. 8, 2022