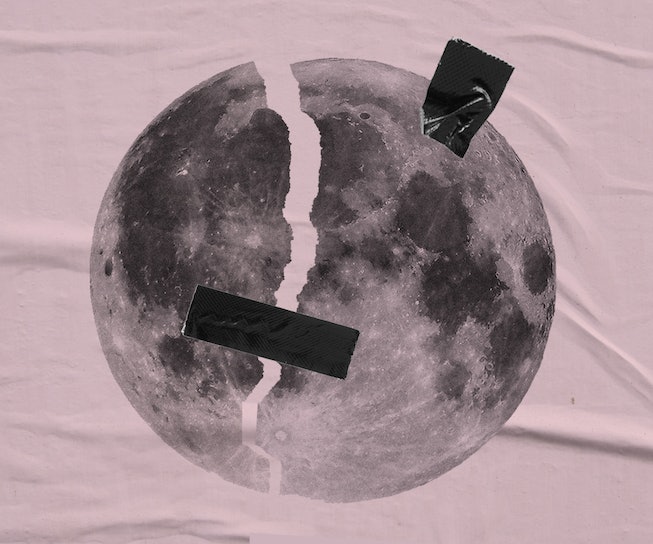 After yet another emotionally turbulent Cancer season, the sun’s entrance into Leo brings the “live, laugh, love” mentality back into focus. While the fire sign is known for its sense of enthusiasm and drama, the current cosmic weather is delivering rather heavily on the latter. This Leo season embarks on some challenging astrology — namely, a few bumpy aspects between Mercury, the planet of communication, and Mars, Uranus, and Saturn. And while the sturm und drang plays out, there’s a moment of reprieve brought by the July 2022 new moon in Leo. It’s a grounding moment, one of confidence and abundance, that will surely help guide you through the storm. Find out everything you need to know to make the most of the new moon in Leo on July 28, below.

First off, here’s what you need to know about Leo

Leo, the zodiac’s fixed fire sign, can’t help but be in the spotlight. The sign is ruled by the sun, and much like the luminary itself, Leo is born to radiate warmth, confidence, loyalty, and a healthy dose of glamour. Those who have had the privilege of being hyped up by a Leo know what it’s like to have the zodiac’s biggest cheerleader on their team.

Although July’s new moon in Leo doesn’t harshly aspect — astrology lingo for interact — with any other planetary bodies, the lunation arrives in the midst of some potentially grating transits. Mercury in Leo squares Mars in Taurus, signaling to potential disagreements or discussions about conflict. Then, the planet of communication squares Uranus in Taurus, and lays the groundwork for some more disruption. And finally, Mercury hits an opposition to Saturn in Aquarius; as the planet of rules and boundaries, Mercury’s opposition can manifest as a hurdle. It’s a battle of the fixed signs, and things could get ugly. Find out how this all plays out by reading for your rising sign in NYLON’s July 2022 Horoscope.

The new moon in Leo gets a boost from Jupiter

Rough astrology aside, the new moon in Leo comes equipped with the cosmos’ greatest blessing: a trine from Jupiter. A trine signals to a harmonious aspect between two planets — a beneficial flow of energy unhindered by any obstacles. In this instance, a trine from Jupiter feels like a force field against the turbulent astrological weather. As the great benefic, Jupiter magnifies and expands whatever it touches — and in the case of the new moon in Leo, that means some much needed abundance and positivity.

How to make the most of the new moon in Leo

The expansive swagger of a Jupiter-blessed new moon in Leo can help foster vibrancy and creativity to the area of your birth chart containing the fire sign. Faith in your own power and talents is the lion’s way; be your own biggest fan! The moon may be dark, but there’s no better time to let your light shine.