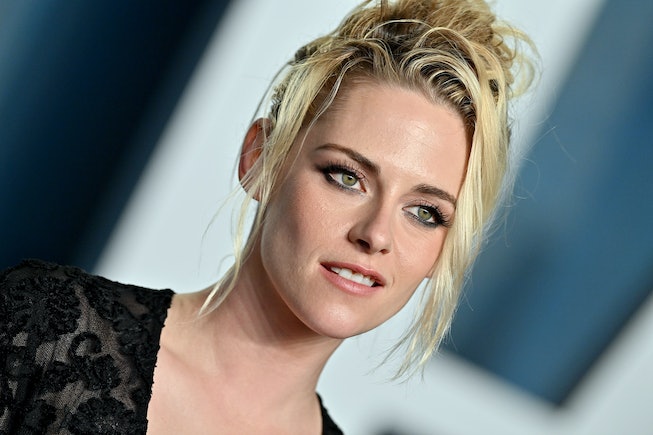 What does a former Twilight actress do after receiving her first Oscar nomination? Well, according to the trajectory of Spencer star Kristen Stewart, the only logical next step is to join the cast of a romantic thriller that’s set in the world of…competitive bodybuilding?

Yup. You read that correctly. According to The Hollywood Reporter, Kristen Stewart has signed her name on the dotted line to appear in A24’s Love Lies Bleeding. Directed by Rose Glass, who’s currently riding high on the buzz of her two-time BAFTA-nominated debut feature Saint Maud, the upcoming film is “centered on the extreme qualities it takes to succeed in the competitive world of bodybuilding.” According to early reports, the film, which was written by Glass alongside Weronika Tofilska, is being described as “a romance fueled by ego, desire, and the American dream.”

Despite the film’s central premise, don’t expect Kristen Stewart to undergo some dramatic physical transformation between now and the start of filming. The actress won’t be playing the bodybuilder, but has rather been cast as the film’s co-lead, a female bodybuilder’s protective lover.

Though few additional details are available about Love Lies Bleeding, the film does feel oddly fitting for Stewart. As the actress has transitioned from a billion-dollar franchise star in the Twilight films to an indie darling known more for her daring work with auteurs like Olivier Assayas and Kelly Reichardt, she has also shown a dedication to telling stories about queer women.

Before receiving an Oscar nomination for her transcendent work in Pablo Larraín’s warped Princess Diana biopic-cum-horror-fable Spencer, Stewart last appeared in Happiest Season, a queer holiday rom-com she had been fighting to get made for a while. Very soon, the actress will be getting her photos snapped as she glides down the famous Croisette when her next film, David Croenenberg’s sci-fi comeback Crimes of the Future, premieres at Cannes.

And hey — maybe she’ll be there again next year, promoting something quite different.