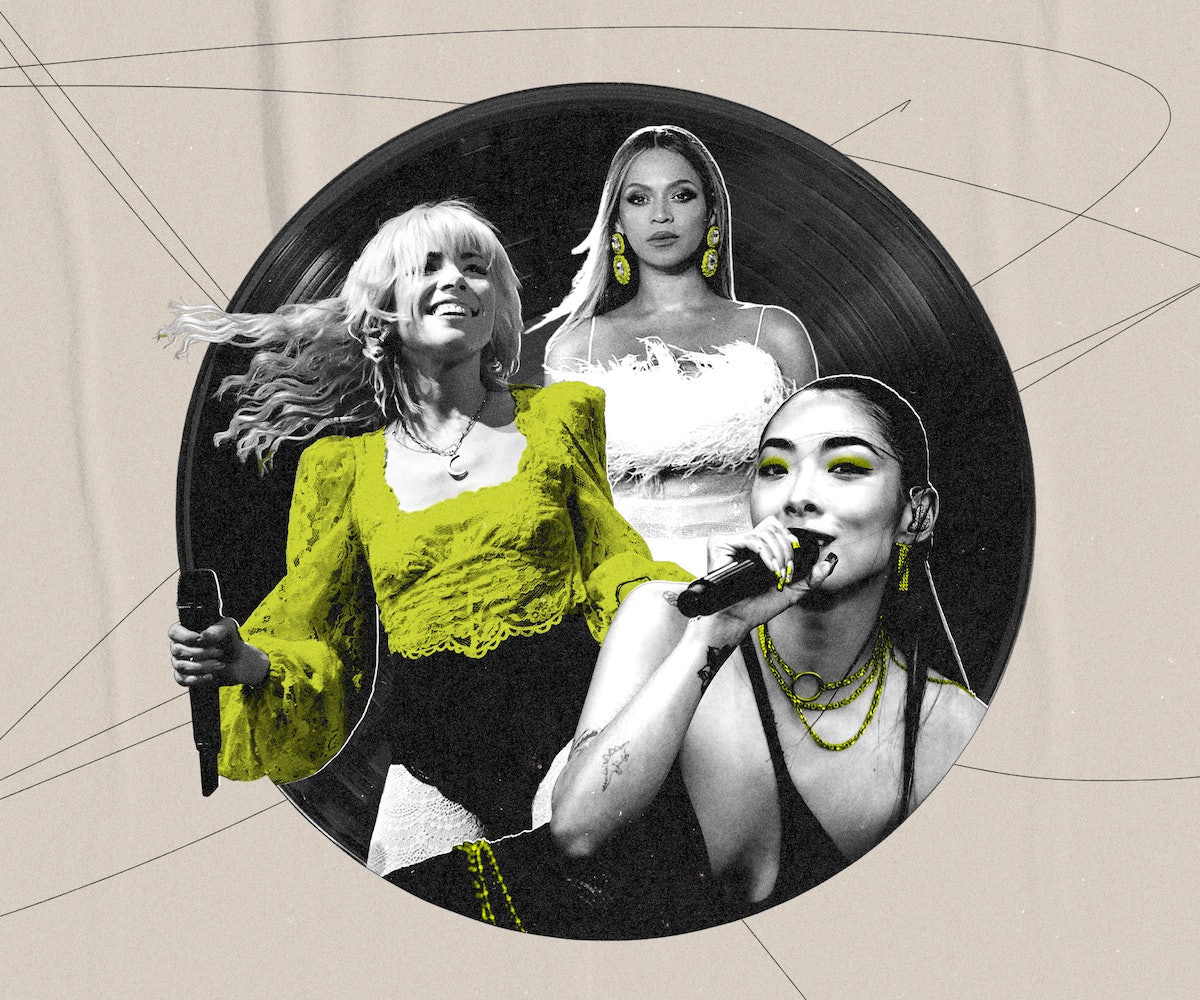 The year is now more than halfway over but, in some respects, it feels like the music release calendar is just getting started. While the first half of 2022 saw explosive, headline-grabbing returns from the likes of Adele and Harry Styles — there are still bigger comebacks scheduled for the second half. Take the long-awaited return of Beyoncé, or the rise-from-the-dead revival of the Yeah Yeah Yeahs, and not to mention the new music from cult-beloved artists Blackpink, Maggie Rogers, Panic! At The Disco, Carly Rae Jepsen, and many more. After two years of holding back, everyone’s ready to unleash.

Below, see the biggest albums left to come that NYLON will be keeping an eye on, from Beyoncé’s Renaissance to Tove Lo’s Dirt Femme.

It’s been nearly five years since the Canadian dream-pop band released their celebrated last record, Antisocialites. In the time since, the band had a recorder full of demos stolen, a basement full of instruments nearly flooded, two members leave the group (and two more members join), and, well, that other global thing happen. Still, against all odds, they managed to make their third studio album, Blue Rev, due out October 7 via Polyvinyl. From the sound of its jangly lead single, “Pharmacist,” it’s already looking to be a brilliant new page for the band.

The queen bee is officially back. After nearly five years of patiently waiting since the release of her last solo album, 2016’s Formation, Beyoncé will drop her seventh studio album, Renaissance, on July 29. The dance-y first single from the project, “Break My Soul,” is out now.

Blackpink will be back in your area come August 2022 as the the world’s biggest girl group will finally make their comeback with new music. Granted the specific details around their return are still a bit hazy, it seems a new album can be expected from the group before the end of the year, YG has seemingly suggested.

Calvin Harris changed the summer music game when he released Funk Wav Bounces Vol. 1 back in 2017, and he’s now following that up with its long-awaited sequel, Funk Wav Bounces Vol. 2, dropping August 5 via Sony Music. Beyond capturing that quintessential California sound that we loved from the first album, the project is already advertising a stacked roster of A-list features, including Normani, Chlöe, Latto, Halsey, and lots more.

Is a new Carly Rae Jepsen album possibly on the horizon? To be honest, we’re not 100 percent sure, but the beloved pop singer-songwriter did drop her first single in a few years, “Western Wind,” back in May. A press release ominously teased that there will be “much more to come from Carly Rae Jepsen in 2022.” Fingers crossed that includes an album.

Christine + The Queens is back with brand new music and a brand new name: Redcar. The French multi-hyphenate will be presenting his next studio album, Redcar les adorables étoiles, under a new alter-ego Redcar (and accompanying pronouns: he/him). The project arrives September 23, and based off the ‘80s-sounding lead single already out, “Je Te Vois Enfin,” it will be another theatrical and poignant chapter in his career.

In 2020, Maggie Rogers cut her hair, relocated to the coast of Maine, fell in love with writing music again, and began work on her next album, per a press release. Two years later, and we’re soon going to see the fruits of that labor. Surrender, the singer’s big-sounding and eclectic sophomore record, will arrive on July 29 via Capitol Records. Based off the two songs already out, “Want Want,” and “That’s Where I Am,” the project will mark a turn towards a more fully formed and sharp pop sound.

M.I.A. released her latest solo single, “The One,” in 2022 after nearly five years of silence. The outspoken singer and visionary appeared as a feature here and there, but has clearly deemed now as the right time to embrace her voice again. Following the release of “The One” — a spirited, invigorated alt-pop song about being the leader of a new era — she announced a new album, Mata, is on the way. There’s no release date for the project yet, but if there’s any time when the world could use her music the most, it’s now.

Panic! At The Disco

Back in May, Panic! At The Disco (read: just Brendan Urie, now) sent fans into a tizzy with a cryptic website that seemed to tease a comeback. They were right; a few weeks later, the band released the bright and jangly “Viva Las Vengeance,” alongside news that their new album, Viva Las Vengeance, would be arriving August 19. It’ll be the band’s seventh studio album, and it marks a change in process for the singer as he cut all of its songs directly to tape.

Rina Sawayama is riding a wave into her sophomore album. After the critical acclaim of her 2020 debut release, Sawayama, she’s now hoping to keep that conversation going with the arrival of her second record, Hold The Girl, due out September 2 via Dirty Hit. Early singles “This Hell,” and the aughts-suggesting “Catch Me In The Air,” are already hits, which means the pop singer will soon be two for two.

Yes, we’re still holding out hope for Masochism. No, there’s been zero information about the record. Yes, it’s likely we’ll just get disappointed again. That being said, her new song “Don’t Forget” is still a banger.

Get your rave gear ready: Sweden’s greatest pop-maker has announced a new album. If you ask us, Tove Lo is consistently underrated and outdoing herself with every new era. She knows great pop — and before we know we want it, too. We haven’t stopped spinning her new single, “No One Dies From Love,” and are already waiting with bated breath for Dirt Femme, out October 14.

The last two years have proven to be a moment of revivals, and the beloved ‘90s and early aughts act Yeah Yeah Yeahs are the latest to embark on that journey. After nine years, the Yeah Yeah Yeahs released their first solo single “Spitting Off The Edge Of The Earth,” taking back up the mantel of their political indie rock this time to muse about the end of the world. Timely, and just as great as we remembered them being. Their new album, Cool It Down, is out September 30.