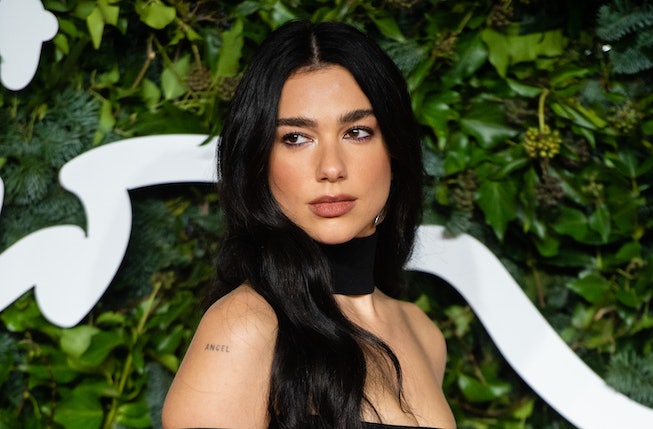 Last year, Billboard named Dua Lipa’s catchy single “Levitating” the biggest song of the year, crowning it with the top spot on its year-end Hot 100 Songs chart. It was an impressive feat, especially considering that the single never actually topped the weekly chart (it peaked at #2). But the win didn’t exactly feel like a surprise either. After all, the song was undeniably huge. It was on every radio station, a staple at gay clubs around the nation, and even inspired several memorable live performances. A standout from the singer’s Grammy-winning 2020 album Future Nostalgia, the single became the record’s biggest hit, finishing 2021 as the year’s most-streamed song (a full year after its release). Even after weathering controversy (thanks to its DaBaby-assisted remix), “Levitating” still holds the title for being the Hot 100’s longest-running, female-recorded top-10 hit.

But is it possible that all that success belongs to someone else?

According to reggae rock band Artikal Sound System, it appears so. Recently, the south Florida-based unit filed a lawsuit against Dua Lipa. Their claim? That “Levitating” rips off their own hit, “Live Your Life,” which they released three years before Dua’s single, way back in 2017.

While details of the lawsuit are still less-than-completely-public, according to documents obtained by TMZ, the reggae band is currently suing Dua Lipa for simple copyright infringement. The tabloid reports that Artikal Sound System is alleging that the singer and her team heard “Live Your Life” sometime before writing “Levitating” and went to the studio to record a replica of it. Alas, TMZ states that the band has yet to provide sufficient evidence — at least for now.

For what it’s worth, the two songs do sound unnervingly alike. Though Dua Lipa and her cowriters used different lyrics for their Future Nostalgia hit, it’s quite hard to ignore the similarities in the songs’ production. While the beat for “Live Your Life” is noticeably more relaxed (a funky reggae feel to “Levitating’s” glittery disco), taken together, both beats feel like two parts of the same whole. This is most obvious during the original chorus, which even utilizes the same clipped vocal techniques Dua does during the “Levitating” chorus.

Whether these similarities will lead to a one-and-done case, however, is another matter entirely. Dua Lipa — a chart-topping, stadium-filling, Warner Record-signed pop star — will obviously have some much bigger wigs fighting on her behalf than the comparatively smaller, independent artist Artikal Sound System. But as we’ve seen in the past, through similar lawsuits for singles like Ed Sheeran’s “Shape of You” and Robin Thicke and Pharrell’s “Blurred Lines,” anything is possible.

But don’t take my word. Check out “Levitating” and “Live Your Life,” and then compare for yourself.