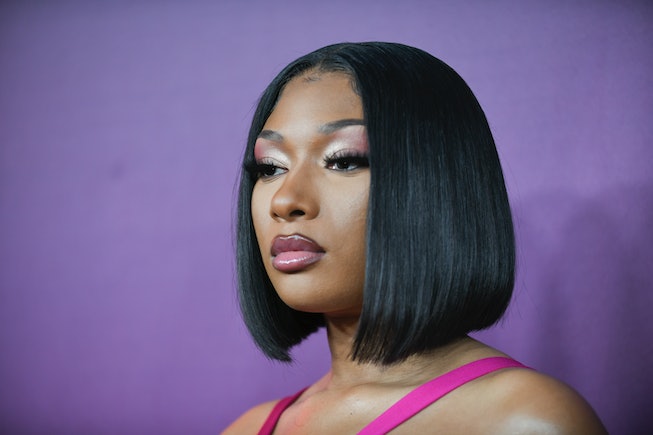 “Bad bitches have bad days too,” Megan Thee Stallion memorably rapped on “Anxiety.” A revealingly honest song about her personal struggles with mental health, the track fit squarely on Megan’s recent release Traumazine, a raw album that found the rapper boldly confronting the, well, trauma of the past several years of her life. (It was one of NYLON’s favorite tracks from the record.) In the song, the idea that “bad bitches have bad days too” becomes something of a mantra, letting her fans and herself know that, sometimes, it’s okay to not feel your best — as long as you do as she says and “bounce back how a bad bitch always do.” With its reassuring message, the song has resonated with fans all over, and now, its central mantra is being used as the name for Megan’s latest venture: a website for mental health resources.

The fully-functional “Bad Bitches Have Bad Days Too” website is as an easy-to-use hub for all things mental wellness. The website features links to free therapy organizations, like the Center for Interactive Mental Health Solutions and iPrevail, as well as to mental health hotlines, like the National Crisis Text Line and the Suicide & Crisis Lifeline. Megan even went the extra mile for her Hotties, including a section reserved for links to specialized services, like the Dear Black Women Project, Therapy for Black Men, and the LGBTQ Psychotherapist of Color Directory.

The hub was first announced through a tweet by Shea Jordan Smith, a Houston-based Senior Digital Political Strategist. “Megan [Thee Stallion] created a website that compiles a list of diverse mental health resources and is sending it out to her fans and followers. Real hot girl shit,” he tweeted over the weekend. Megan retweeted the tweet from her Twitter account.

Though Megan has yet to say anything further about the project, the rapper did share some words about the site through Smith, who relayed a quote from her. “Hotties! You know how much mental wellness means to me, so I created a hub with resources that can help when you might need a hand,” Megan reportedly said, according to a followup tweet from Smith. “Head to badbitcheshavebaddaystoo.com now and check it out. Love y’all so much.”

It’s a particularly busy time for Megan. In addition to releasing Traumazine, the rapper spent the summer flexing her acting chops, appearing in STARZ’s P-Valley and making her Marvel debut in She-Hulk: Attorney At Law. Next, she will act as both host and musical guest on the October 15 episode of Saturday Night Live. And that’s not even mentioning her upcoming film roles, including A24’s first musical Fucking Identical Twins and the upcoming The Best Man Wedding.

With so much on her plate, I’m glad Megan has these mental health resources ready to go!

Check out her new mental wellness hub here and listen to “Anxiety” below.