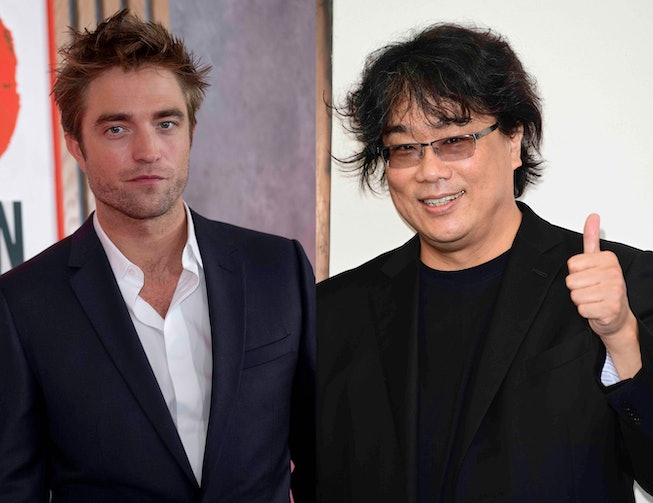 Sometimes the most unlikeliest of pairs also make the most sense. After making headlines in 2020 when his groundbreaking film Parasite became the first foreign-language film to win Best Picture, South Korean director Bong Joon Ho has taken his time deciding what he’d do next. The four-time Oscar winner recently teased two new projects he had been tinkering with — a Korean horror film and an American drama based on a real event that happened in 2016 — but Joon Ho had yet to announce what film he’d actually be putting into production next. Until now. As of today, Bong Joon Ho has set his next feature and found its star, though it’s not someone you’d immediately think of. After first directing Captain America’s Chris Evans on the brilliant Snowpiercer, Bong Joon Ho will once again work with a superhero: Robert Pattinson.

Currently untitled, the new film is an adaptation of the yet-to-be-released novel Mickey7 by Edward Ashton. Described as a “high concept science fiction thriller,” the novel tells the story of titular character Mickey, an “Expendable” or “a disposable employee on a human expedition sent to colonize the ice world Niflheim.” According to a plot synopsis, Mickey is the person everyone in the crew turns to whenever a mission is deemed too dangerous (or even suicidal); the number after his name refers to the number of times he’s “died,” only to be regenerated again in a brand new body — memories intact. Eventually, however, “Mickey7 understands the terms of his deal…and why it was the only colonial position unfilled when he took it.”

The upcoming film serves as Pattinson’s first announced project since completing production on his Caped Crusader reboot The Batman. Directed by Cloverfield’s Matt Reeves, the Kurt Cobain-inspired superhero film stars Pattinson as the titular character, Zoë Kravitz as Catwoman, Colin Farrell as Penguin, Paul Dano as The Riddler, and Jeffrey Wright as James Gordon. Barring any pandemic delays (which, yes, we really do have to consider in the Age of Omicron), the highly-anticipated future blockbuster is set to hit theaters on March 4th.

For now, there are no real details about the upcoming Bong x Rob collab, but fingers are crossed that the director finds a role for Kristen Stewart too. A Twilight reunion, but in a film that will actually be good and maybe even net some Oscar nominations? I’m ready to stan.