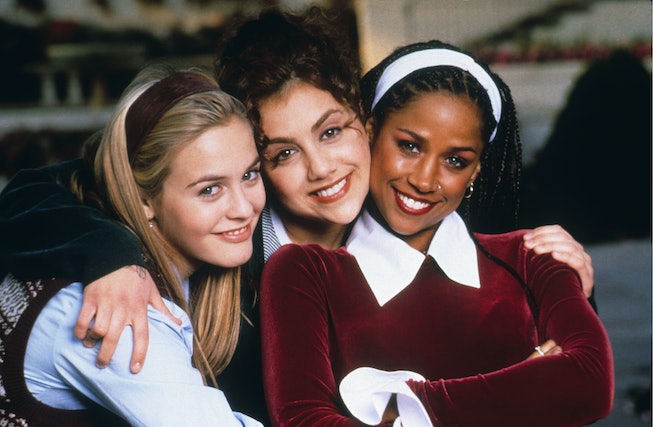 With quarantine still keeping all of us locked down indoors, you'd be forgiven for already binging the entire second season of Dead to Me, devouring all of Ryan Murphy's Hollywood, and making your way through every possible ending of the Unbreakable Kimmy Schmidt interactive special Kimmy vs. The Reverend. Luckily, a new month is upon us, and with every new month comes a new batch of television shows, movies, and specials in Netflix's already overflowing library of content. For June, the streaming service does not appear to be slowing down.

As far as original television series go, look forward to the second season of Ryan Murphy's The Politician, season five of Queer Eye, the final seasons of 13 Reasons Why and Full House spinoff Fuller House, as well as a new season of the impressively sincere blind dating show Dating Around. For the anime fans, the streaming service will also debut Pokémon: Journeys, a completely new addition to the long-running Pokémon franchise. For non-original fare, Netflix subscribers can prepare for season two of Pose, the final season of Viola Davis's electrifying How to Get Away With Murder, and all three glorious seasons of the critically-acclaimed (and prematurely canceled) NBC horror series Hannibal.

The big film debut of the month is definitely Da 5 Bloods, Spike Lee's followup to his Oscar-winning BlacKkKlansman, which tells the story of four African-American war veterans who return to Vietnam to search for their fallen squad leader while also trying to find buried treasure. But Netflix isn't stopping there: In June, they will also premiere Eurovision Song Contest: The Story of Fire Saga, a satirical comedy about the international singing competition starring Will Ferrell and Rachel McAdams, and Feel the Beat, a family film starring Descendants' Sofia Carson as a failed Broadway performer who returns to her hometown to help a group of misfits prepare for a dance competition. Elsewhere, you can find the recently released The Night Clerk, a crime drama thriller starring Ready Player One's Tye Sheridan and Knives Out's Ana de Armas. Or, if you prefer your films with a bit more prestige, Netflix is making sure you're covered with Greta Gerwig's beloved Saoirse Ronan vehicle Lady Bird, Tate Taylor's seminal hit The Help (which famously won Octavia Spencer her Oscar), Jonathan Demme's quintuple-Oscar-winning The Silence of the Lambs, and the Ron Howard-directed Richard Nixon biopic Frost/Nixon.

And because Netflix would not be Netflix without a few comedy specials in the mix, the streaming giant is blessing subscribers with three different ones over the course of June, including Eric Andre's Legalize Everything, George Lopez's We'll Do It For Half, and Jo Koy's In His Elements.

Find a full list of everything coming to Netflix next month below.