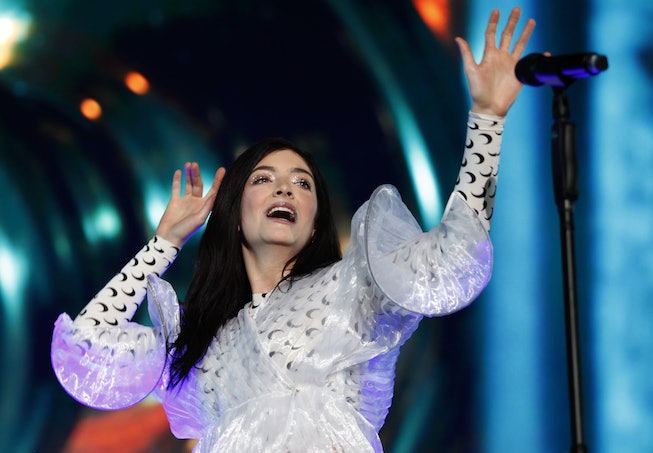 A little over a year ago, Global Citizen partnered with Lady Gaga for what was at the time one of the biggest undertakings of the then-nascent pandemic: a global broadcast and fundraiser featuring pre-recorded performances from tons of artists around the world. After setting the bar impossibly high with last year’s venture, it was clear that Global Citizen (which has been integral in the ongoing fight to raise money for, awareness of and access to the COVID-19 vaccine) had to do something even bigger in 2021. So naturally, they’ve committed to a sprawling 24-hour special that will be broadcast live from six continents on September 26th.

Better yet, they have assembled an enviable lineup to mark the occasion. Fresh off the upcoming August 20th release of her third album Solar Power, Lorde will take the stage for perhaps the first time this era. The New Zealand-born singer will be joined by other great artists, including Billie Eilish, whose sophomore album Happier Than Ever drops at the end of this month, and Doja Cat, whose recent album Planet Her just released a few weeks ago.

The main portion of the upcoming concert will take place in New York City’s Central Park, where 60,000 people will gather to hear live music. A similarly-sized audience will assemble outside the Eiffel Tower in Paris, while other locations will be announced in due time. “This is not like what we did last year; this is live-live,” Hugh Evans, the CEO of Global Citizen, recently told Variety. “This is the whole world, literally and physically tens or hundreds of thousands of people coming together for this moment. This is the biggest thing we’ve ever done by far.”

As always, Global Citizen is not charging “regular citizens” to partake in this event, whether in person or virtually. (Instead, the organization is reaching out to “corporations, world leaders, and privileged business leaders” to secure funds for the event and to further their cause for global health.) The concert which will broadcast worldwide through a 24-hour livestream, as well as on channels like the BBC, streaming services like Hulu, and on programs like ABC News Live.

Already, some of the event’s biggest artists are getting excited about their participation. “It is very important to me to be a part of this historic event to spread awareness and encourage action toward helping the people of Ethiopia during this devastating humanitarian crisis they are faced with,” said The Weeknd in a recent statement. “It’ll be an honor to perform and help bring support to these citizens who are suffering so severely.”

Live music from huge artists and it’s for a good cause? Sign us up!