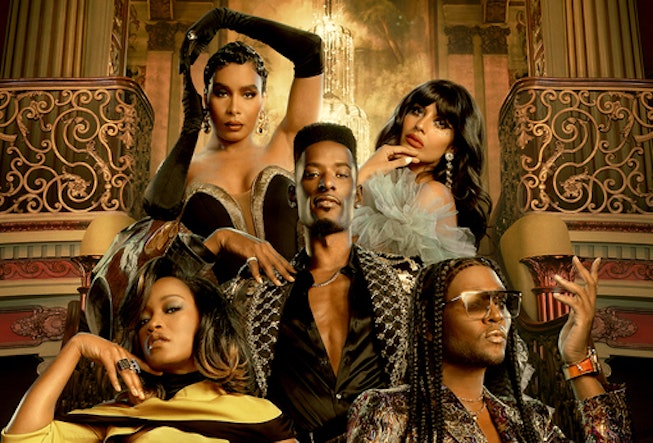 Since the very first season, one of Legendary’s strongest features has always been its judging panel. Fronted by the Wonder Woman of Vogue herself Leiomy Maldonado, the panel also benefitted from scathing fashion critique by award-winning Zendaya stylist Law Roach and a much-needed cheer section thanks to the fangirly contributions from chart-topping rapper Megan Thee Stallion. The less said about final judge Jameela Jamil, the better, but with additional commentary provided by the show’s MC and host, Dashaun Wesley, Legendary’s past two seasons have felt fun, lively, and informed. Unfortunately, some of that trademark energy will dissipate in the show’s upcoming third season, as Megan Thee Stallion is not slated to return to her post. (Though a reason wasn’t given, we can safely assume it had to do with her already-packed schedule as an internationally-renowned recording artist.) But don’t lose faith too fast: replacing Megan will be Emmy Award-winning actress (and noted Meme Queen) Keke Palmer.

Premiering with three new episodes on Thursday, May 19, season three of the popular HBO Max reality competition series will introduce ten new ballroom houses from around the world into the Legendary fold, where they will all compete against each another in the hopes of making it all the way to the end and walking away with the much-coveted $100,000 Grand Prize.

The first trailer for the new season teases more of what fans have come to expect from this exciting new franchise — but as was the case last season, too, budgets have clearly gotten bigger. Yes, there will be dancing. Yes, there will be voguing. Yes, there will be Fashion, with a capital-F. And yes, there will tons more drama — and maybe even a little fighting? “What did you say?” asks judge Law Roach to a contestant who has just flippantly referred to him as Miss Thing. “Do you wanna meet me outside? Or you wanna do it now? Bitch, don’t play with me!”

But regardless of what bickering may transpire between the judges and the contestants — or between the judges and themselves or between the contestants and themselves — it’s clear that Legendary’s primary mission will always be to showcase and highlight the true healing power of ballroom culture for the world at large. “It’s so much more than just dance. It’s a culture,” says one contestant in the trailer. “It has changed people’s lives,” says another. And that couldn’t be more true. Now a critically-acclaimed series with two Emmy nominations to its name, Legendary is fully living up to its title. Season three can’t come soon enough.

Check out the trailer for Legendary season three below.

The first three episodes of Legendary season three premiere May 19 on HBO Max.