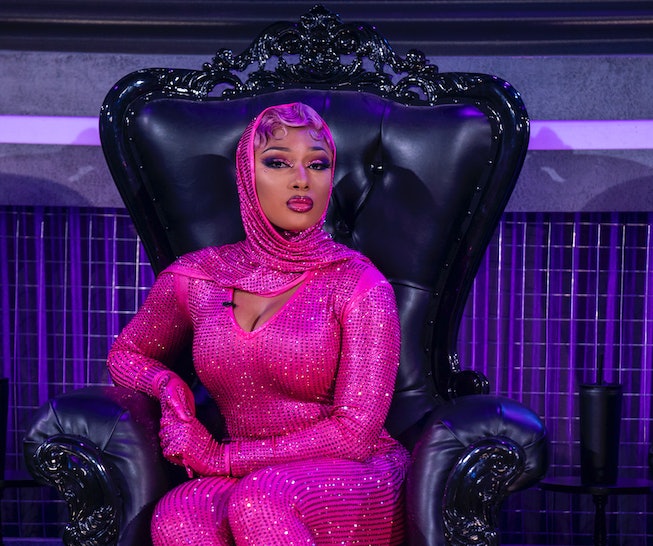 For a scene as visually striking as that of ballroom, it’s surprising how few productions have capitalized on its inherent appeal. Its most famous offering, Paris Is Burning, is also one of its oldest — the award-winning Jennie Livingston documentary came out in 1990 — and since then, productions have been few and far between. Viceland aired its My House docu-series for one ten-episode season in 2018 before giving it the axe. That same year, FX premiered the Ryan Murphy-produced Pose, which has luckily been granted a longer shelf-life (no doubt thanks to the Emmy it holds up its immaculately bedazzled sleeve). Still, one wonders why it took so long for something like Legendary to emerge. Premiering on the freshly-debuted HBO Max streaming service, the new competition series follows eight houses from across the world as they compete for a Grand Prize of $100,000. Combining death-defying vogue routines with drool-worthy fashion, it is the ultimate reality competition (and I watch a lot of reality TV.)

On the whole, Legendary is stunning, offering a peek into the once-underground culture of ballroom while giving a platform to the LGBTQ+ people of color that are responsible for its rise. The series is shot in a muted soft palette, helping to replicate the atmosphere of an after-dark party (most balls traditionally begin well after midnight) while still taking advantage of the HD quality that modern-day reality TV mandates. Save for the series premiere, which serves as an introduction to the competing houses, each episode functions as a self-contained ball, featuring four distinct parts (three category challenges and a final face-off between the bottom two houses) that all fall under a given theme. (The show’s first theme is “Once Upon a Time,” inspiring a whole host of Disney-fied villains and fairytale-inspired costumes.) Amidst the on-set action, Legendary also dedicates a sizable amount of time to cluing audiences into the nuances of ballroom in a way that doesn’t come across as didactic, using the competitors themselves to explain their personal connections to different categories and key elements of the culture.

The competing teams — House of Escada, House of Ebony, House of Ninja, Gorgeous House of Gucci, House of West, House of St. Laurent, House of Lanvin, and House of Balmain — emerge from all around the world. It’s a factor that helps the series show how global ballroom has become, and it’s echoed by the presence of houses that defy the “New York-based groups of queer people of color” expected norm. House of Ninja, for example, is an all-women group with members from Tokyo and beyond, while the historically-Black House of Ebony (a reference to Ebony Magazine) is presided over by a white woman who is also a real-life mother of a two-year-old. Each of these houses bring something unique to the table, and though they are all talented in their own right, Legendary helps elevate their art (and offset their time constraints) by pairing them with world-renowned choreographers (like Rihanna performance coach Tanisha Scott) and costume designers (like Katy Perry stylist Johnny Wujek and Eric Archibald, who styled Beyoncé’s Lemonade) to help them give an even fuller effect on the runway.

Members of these houses also help inject the show with a much-needed dose of drama by bringing the house-against-house shade that has long been a central component of ballroom culture. “The Gorgeous House of Gucci? It doesn’t ring a bell,” sneer several members of the House of West prior to taking the stage. “They aren’t gorgeous and it really isn’t gucci over there.” Unsurprisingly, the show leans into this aspect, even creating an obviously-titled “Shade Room,” where competitors are encouraged to lounge around while talking shit.

Just as much is owed to the panel of judges, who all have their own prescribed roles. Leiomy Maldonado, one of the most famous faces to emerge from the ballroom scene (she has fronted Nike campaigns and serves as a choreographer for Pose), acts as the resident aficionado, making sure the series stays true to its ballroom roots. Ahead of the final battle for “The Rapunzel Effect” category (“voguing with hair-whips”), Maldonado warns competitors, “Beautiful stunts, but I want to see hair. The category is HAIR.” Joining her is rising star and recent Billboard chart-topping rapper Megan Thee Stallion, who delights as the token nice judge. Sitting with her legs playfully slumped over the arm of her chair, the “new queen on the hip-hop scene” just seems happy to be there as she expresses excitement at almost everything.

But the show’s secret weapon is undeniably Law Roach, former America’s Next Top Model judge and world-renowned stylist for celebrities like Zendaya and (in the past) Celine Dion. When talking to Roach about the show several months ago, he joked about playing into his role as the outspoken judge. “I know why I’m here,” he declared, and after seeing him in action, it’s easy to see why too. Ruthless and unapologetically demanding, Roach embodies the informed villain; he’s Simon Cowell in a full Gucci suit. My favorite moment comes in the premiere when Roach, giving his critiques to the first house, unflinchingly remarks, “To be honest, you lost for me a minute. In the middle of the performance, I got bored and I started thinking about if they had anything left at Barney’s before the store closed. No shade.” Almost immediately, the audience started to boo him, but Roach just doubled down, countering, “I said what I said.”

Still, there is, of course, the proverbial elephant in the room: the presence of Jameela Jamil, Legendary’s fourth and final judge, who came under swift fire earlier this year when a statement falsely referred to her as the show’s official host. At the time, The Good Place star was quick to set the record straight — she was just another judge (like Law, Leiomy, or Megan) and not the “host,” who was actually noted ballroom MC Dashaun Wesley — and the show proves this right. But even in a smaller role, you’d be forgiven for still lamenting her involvement, particularly when she makes her outsider status glaringly obvious by saying things like, “I think I just experienced my first gag. You have taken my gag virginity.” Jamil is doubtlessly the show’s weakest point, but even she is not enough to detract from Legendary’s clear charm and endless joy.

If there was anything the HBO Max series could do to improve, it would be to showcase the performances slightly more. In February, I had the pleasure of traveling to Stamford, Connecticut, where the series was filmed, for the taping of episode two, and while the show indeed looks gorgeous, I can’t help but compare what I saw in person to what ended up on screen. Editing is a natural part of the taping-to-screen process, but for a show dedicated to displaying the otherworldly talent of these preternaturally gifted performers, it certainly wouldn’t hurt to give their actual performances (which are incredible) a bit more uninterrupted camera time.

Nevertheless, Legendary succeeds on far more levels than it falls short on. While fashion competition shows are popping up left and right and dance competitions are too plentiful to count, Legendary stands out by combining the two for an end product that feels unlike any other series on television. Giving face to trans women in positions of power while uplifting queer communities and helping bring an underground subculture into the mainstream (without sacrificing its roots), Legendary is an excellent addition to the HBO Max catalog. Now, let the ball begin!

Legendary is available to stream now on HBO Max.