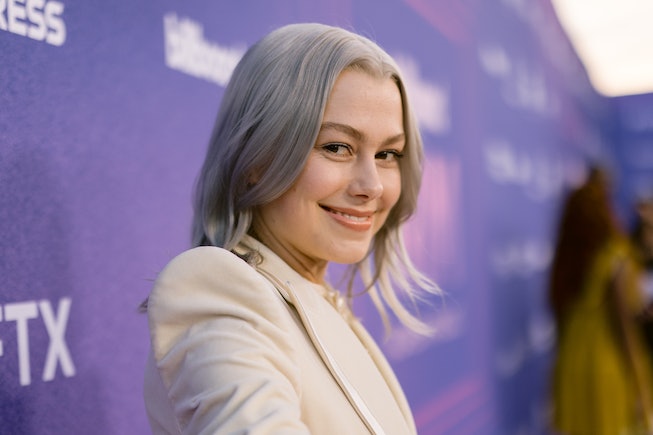 Last week, former NYLON cover star Phoebe Bridgers took the next step in her vibrant music career by launching her very own radio show. Titled Saddest Factory Radio — a play on her similarly-titled record label, Saddest Factory, which launched in October 2020 and has since signed some of the industry’s coolest artists, including NYLON favorites MUNA and Claud — the SiriusXM-hosted monthly show finds Bridgers playing curator and host, as the Grammy-nominated singer-songwriter interviews artists, communicates with fans, and, of course, plays her favorite music.

Airing the first Thursday of every month, Bridgers celebrated her debut episode by treating listeners to tons of great tracks and even answering questions from fans about which songs she thought would provide the perfect soundtracks for specific situations and settings. But best of all, the premiere featured a new track from Bridgers herself, who surprised us all with a beautiful cover of Billie Eilish’s “when the party’s over.”

The latest in a long line of artists to take their stabs at the solemn hit — from James Blake to Bring Me the Horizon — Phoebe Bridgers once again proves that she’s in a league of her own when it comes to covers. Swapping out Eilish’s moody electronica soundscape for a stark background of bare piano chords, Bridgers gives Eilish’s stirring single (a standout from the latter’s Grammy-sweeping debut album WHEN WE ALL FALL ASLEEP, WHERE DO WE GO?) a new vibe without ever stripping the original of its emotional heft. With breathy vocals and brief flourishes of background sound effects, Bridgers’ rendition offers a hauntingly evocative update.

The cover feels like a full-circle moment of sorts, especially after Eilish revealed in 2020 that Bridgers’ Stranger in the Alps single “Smoke Signals” inspired her WWAFAWDWG track “i love you.” (Eilish later shouted out Bridgers’ Punisher track “Savior Complex” as one of her favorite songs of that year.) While it would have felt even more like a culmination if Bridgers had in turn covered “i love you,” opting for a similarly emotive track feels just as important.

“My favorite way to consume music is incidentally,” Bridgers recently told Rolling Stone about her decision to launch a radio show, giving examples like “something playing in the grocery store, an opening band I’ve never heard, a college radio station while trying to find signal on a road trip.” And while covering a Hot 100 single by one of the biggest artists on the planet is not exactly what I’d call incidental, we can certainly thank Saddest Factory Radio for giving Bridgers an excuse to bless us with this new song nonetheless.

Check out Phoebe Bridgers’ cover of Billie Eilish’s track via Soundcloud below.