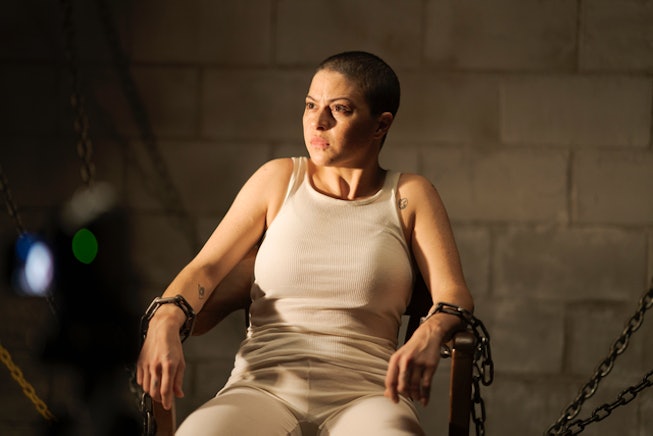 Though 2020 was, without a doubt, one of the worst years on recent record, there is one thing I think we can all agree was universally good: the return of Search Party. After three years off air, during which it hopped from TBS to multiple other networks before finally settling at its new home of HBO Max, the hilarious murder-mystery satire about a group of self-obsessed millennials in New York premiered its third season to well-deserved critical acclaim. Featuring a very public murder trial, an ill-fated grand gay wedding, and plenty of laugh-out-loud zingy one-liners, the third season hit right at the perfect time during the pandemic, where it was gobbled up by bored people attempting to entertain themselves in quarantine. Now, as we continue to bunker down while we wait for our COVID-19 vaccines, HBO Max is yet again ready to premiere the latest season of the show at the perfect time — and today, Search Party season four just received its first trailer.

If you need a brief refresher, season three of Search Party ended with a bang. After all four murder conspiracists were declared "not guilty" by the judge — itself, a commentary on white privilege, and in Dory's case, dangerous self-mythologizing — the once tightly-knit friend group found themselves going their own separate ways: Drew Gardner (Stranger Things' John Reynolds) retreated to the "comfort" of his dysfunctional yet supportive family. Portia Davenport (Younger's Meredith Hagner) fully dived into her work as an aspiring actress. Elliott Goss (Late Night's John Early) took a soul-selling job as a political commentator on a conservative news network opposite Saturday Night Live's resident Timothée Chalamet impersonator extraordinaire Chloe Fineman. And Dory Sief (Arrested Development's Alia Shawkat), well...she was kidnapped by an obsessed fan played by hilarious comedian Cole Escola.

Season four picks up right where things were left at the end of season three. In the newly-released trailer, Dory is being held captive by her crazed kidnapper, who calmly tells her, "You're perfect, Dory, and I don't want you to ever have to worry about anything again." According to him, her captivity is a "better version of your life" while he is "a better version of your friends." (At this last comment, he lays out a group of Barbie dolls, all styled in the spitting images of the real-life versions of Drew, Elliott, and Portia.)

Elsewhere, her actual friends start to figure out that something may be amiss. "I think that Dory's in trouble. None of us know where she is, right? She's missing," Drew tells the gang at one point. Elliott, in his typical egocentric manner, replies, "Oh my god. Why is everyone obsessed with going missing?" Their suspicions naturally lead them on a hunt to find their long-lost friend, which includes a car chase, and then later, a real chase where Portia, dressed like Dory, runs after a blonde-wigged Dory, screaming, "Stop running! We're trying to save you, babe!"

The trailer also gives some hints as to what else we can expect from the upcoming season including: Elliott wielding bejeweled hot pink and baby blue guns, the friend group being held up at knifepoint, some amazingly flamboyant outfits, and a few big-name guest stars, including none other than Oscar winner Susan Sarandon.