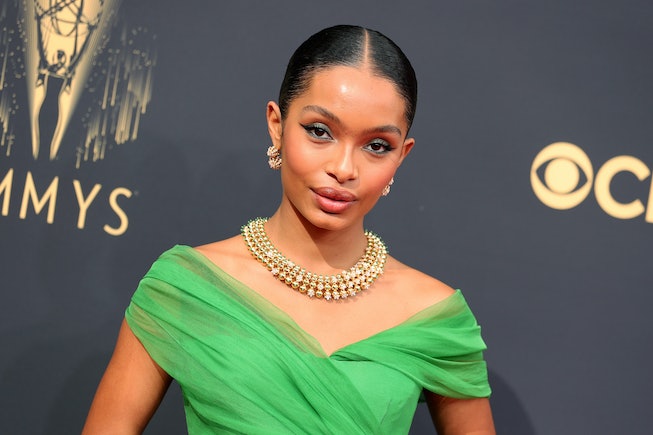 The 73rd Primetime Emmy Awards is back with an actual red carpet and ceremony for 2021. To make up for last year’s entirely remote ceremony, it’s no surprise that Sunday night’s nominees and attendees brought their best fashion game to the red carpet’s IRL return.

Last year, the awards show went virtual, gathering television’s biggest celebrities at their respective homes and those who won had received each accolade right at their doorstep. And while the online ceremony offered plenty of sartorial inspiration for our WFH ‘fits and Zoom calls, like fancy pajamas and statement jewelry, a majority of celebrities went full-on glam for the ceremony. Zendaya, for example, spent the night in multiple looks, but the outfit changes were worth it, as she won her first Emmy for her role as Rue on HBO's hit show, Euphoria.

Though Zendaya isn’t nominated for any Emmys this year, there will still be plenty of good style to go around. One of the night’s first arrivals, SNL’s Bowen Yang, who’s up for the “Supporting Actor in a Comedy Series” Award, stepped on the 2021 Emmys red carpet wearing Syro silver platform boots with his sharply tailored suit from Ermenegildo Zegna, along with a Tiffany & Co. brooch. Aidy Bryant, who is also nominated the “Lead Actress in a Comedy Series” Award, channeled cottagecore on the red carpet in a custom Simone Roche look.

See all of the red carpet moments from the 2021 Emmys, below, and keep checking back for more.

Find out all of the 2021 Emmy nominations and snubs ahead of the awards show.

NEXT UP
Culture
Caroline Polachek In KNWLS & More Party Photos You Missed
Fashion
The Best Celebrity Fit Pics From Paris Men’s Fashion Week
Culture
On The List (With Melissa Rich): How To Throw The Ultimate Apartment Party
Fashion
Apple Martin Is A Chanel Girl Now
Style + Culture, delivered straight to your inbox.

This article was originally published on Sep. 19, 2021