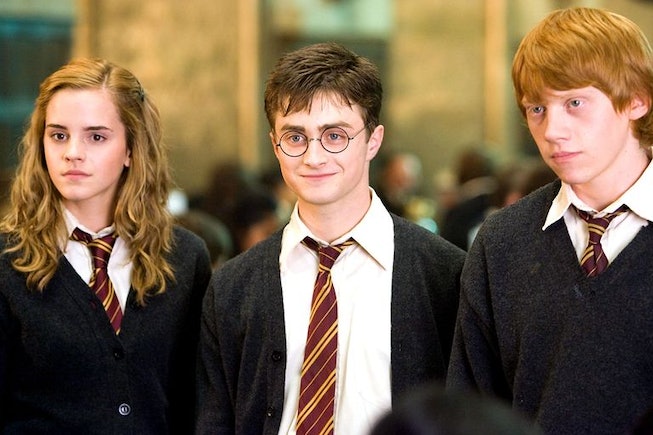 In May, when WarnerMedia first launched HBO Max (my personal choice for the best streaming service), I recommended Harry Potter and the Goblet of Fire as one of the best non-HBO titles to check out on the service. Aside from HBO's extensive library of prestige TV shows (you know, The Sopranos, The Wire, Veep, and the soon-to-be-revived Sex and the City), the Harry Potter franchise was one of the biggest acquisitions for the streaming service — namely because the IP associated with Harry Potter (one of the most popular young adult book series in history and a huge box office success for its subsequent string of associated films) is some of Warner Bros.' most prized. Which is why it should come as no surprise that the company is currently developing a possible Harry Potter TV show to air on HBO Max sometime in the future.

Given the fact that the project is still in the earliest of early development stages, there is no word yet on what form this show could take — whether it will retell the stories already told in the $7.7 billion-grossing, eight-film series or will pivot into a different timeline to tell a completely new story set in the same world of Hogwarts, wizards, dementors, and He-Who-Must-Not-Be-Named. Similarly, no talent has been attached. In fact, there aren't even any writers associated with the project.

Interestingly, despite sources confirming to both Variety and The Hollywood Reporter that this upcoming series was, indeed, in early development, Warner Bros. and HBO Max told both outlets, "There are no Harry Potter series in development at the studio or on the streaming platform."

Of course, in spite of Harry Potter's enduring popularity amongst several generations, news about a TV show adaptation is slightly less exciting than expected (especially compared to the super-excited reactions about the upcoming Gossip Girl reboot, which is coming soon, and the Samantha Jones-less revival of Sex and the City). This muted response is in direct connection to the fact that Harry Potter author (and possible billionaire) J.K. Rowling has become a social pariah in recent months thanks to her violently transphobic comments and endless crusade to deny trans people their basic human rights. (For what it's worth, former Harry Potter star Danielle Radcliffe denounced the comments made by the creator of his most famous role.)

Whether or not Rowling's steadfast dedication to being a proud transphobe will ultimately hinder Warner Bros.' ability to get a Harry Potter-themed TV show off the ground in the grand way such a profitable franchise would mandate is yet to be determined. But if the runaway success of current Harry Potter spinoff film series Fantastic Beasts and Where to Find Them (despite accusations of racist castings and close associations with actors plagued by allegations of physical and verbal abuse) is anything to go by, I'm assuming everything will be just fine.