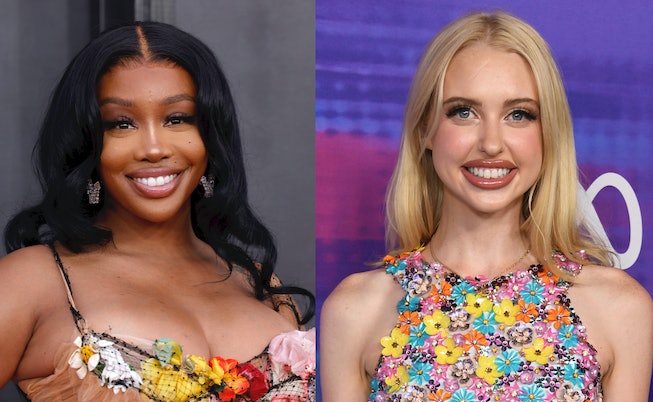 It’s 2022 and we still don’t have a proper sophomore album (just a few admittedly fantastic singles, and some CTRL bonus tracks), but at least we do have some new news from our favorite notoriously reclusive R&B singer SZA. According to Deadline, the recent Grammy winner has officially signed on to make her silver-screen debut in an upcoming movie that has also cast Euphoria breakout Chloe Cherry.

Titled Tuna Melt, the new “offbeat dramedy” was written and will be directed by celebrated chef Eddie Huang, who’s been enjoying a fruitful transfer to Hollywood thanks to his long-running ABC sitcom Fresh Off the Boat (which concluded after six seasons in 2020) and last year’s directorial debut Boogie. Tuna Melt marks the filmmaker’s second time stepping behind the camera to direct based on a script he wrote, but it’s the first time he’ll be directing himself as a lead.

Described as “an updated Pulp Fiction meets High Fidelity,” the “darkly comedic” feature follows a hitman (played by Huang) “who unexpectedly meets the love of his life soon after he completes a job.” Not sounding interesting enough for you? Well, wait. “This all transpires in the aftermath of a breakup.”

For her first big acting role, SZA is going huge. Not settling for a bit part (a la Rihanna in Valerian), the CTRL performer has been cast as one of the leads — namely, the aforementioned love interest for Huang’s hitman. And can you blame his character? I’d probably fall in love with SZA immediately after meeting her too, even if I had just finished murdering someone in cold blood. All this to say: I get it.

As for when we can expect to see SZA, Chloe Cherry, and Eddie Huang together on screen? Well, I’m sure you know how that goes. The film, which is being produced by Scooter Braun and James Shin for SB Projects and by Aaron Ryder and Andrew Swett for Ryder Picture Company, has yet to go into production, so any timeline guesses right now would be purely speculative. All I know is that, whenever Tuna Melt does hit screens, I’ll be the first one in line.