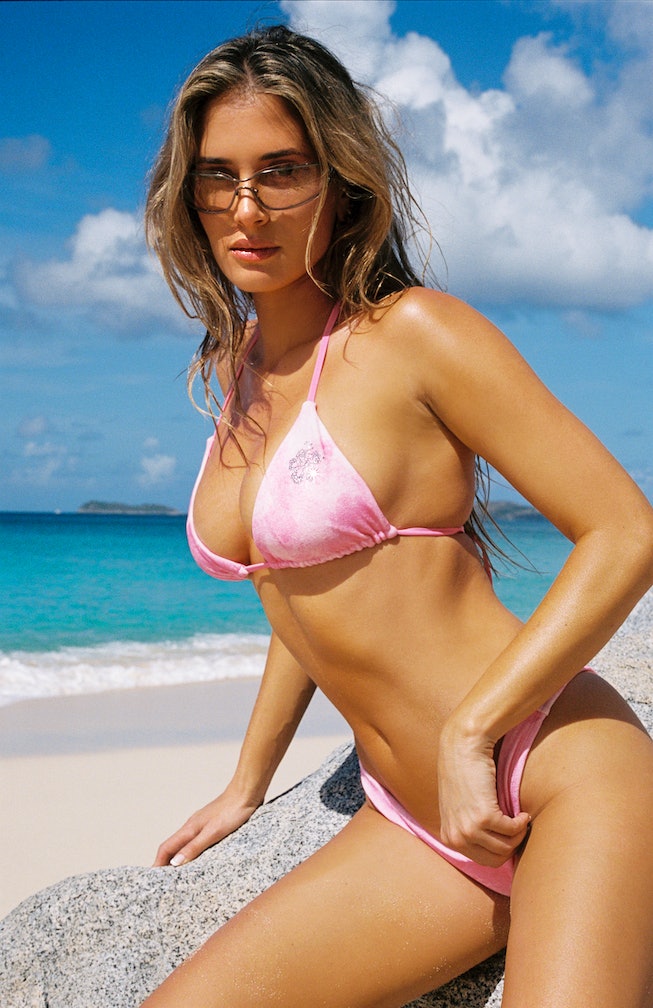 In the ultimate link-and-build scenario, Frankies Bikinis received an $18 million investment from Victoria’s Secret, announced on Friday, March 25. The lingerie giant has acquired a minority interest in the Los Angeles-based swimwear label, allowing founder and Creative Director Francesca Aiello to take her 10-year-old business (that she launched with her mom, Mimi Aiello) to the next level.

“We will remain the Frankies you all know and love, with their support to bring you even more newness and continue to push the boundaries of this industry (and trust me, I have so much more!),” wrote Francesca in an Instagram post. “[Victoria’s Secret] has taken such positive steps towards inclusivity and diversity, and together we are going to continue to bring a new wave of fashion and innovation into this industry.”

The new business deal is a smart move for Victoria’s Secret for a number of reasons. After experiencing its (documentary-worthy) rise and fall over the past few years due to controversial leadership and a now-canceled runway show spectacle, the company has made extreme efforts to rebuild its image that better reflects today’s more discerning shopper. Plus, after bringing back its swimwear category in 2021 (after shutting down its offerings back in 2016), Victoria’s Secret is reentering a very competitive market mainly driven by social media. Luckily, Frankies Bikini is one of the top names in the game, boasting celebrity collaborations with Naomi Osaka, Hailee Steinfeld, and more, as well as a massively loyal Gen Z fanbase.

And thanks to Victoria’s Secret, Frankies Bikini has some big plans in the works, including its first New York City pop-up shop to open in SoHo in the spring, according to WWD, and plans to expand into more categories. So far, the brand has dabbled in beauty, footwear, and recently launched activewear.

“Crying. so proud of you frankaloo,” said Bella Hadid. “You were the first ‘campaign’ i ever did !!!! point dume after school. you always knew. I love you.”