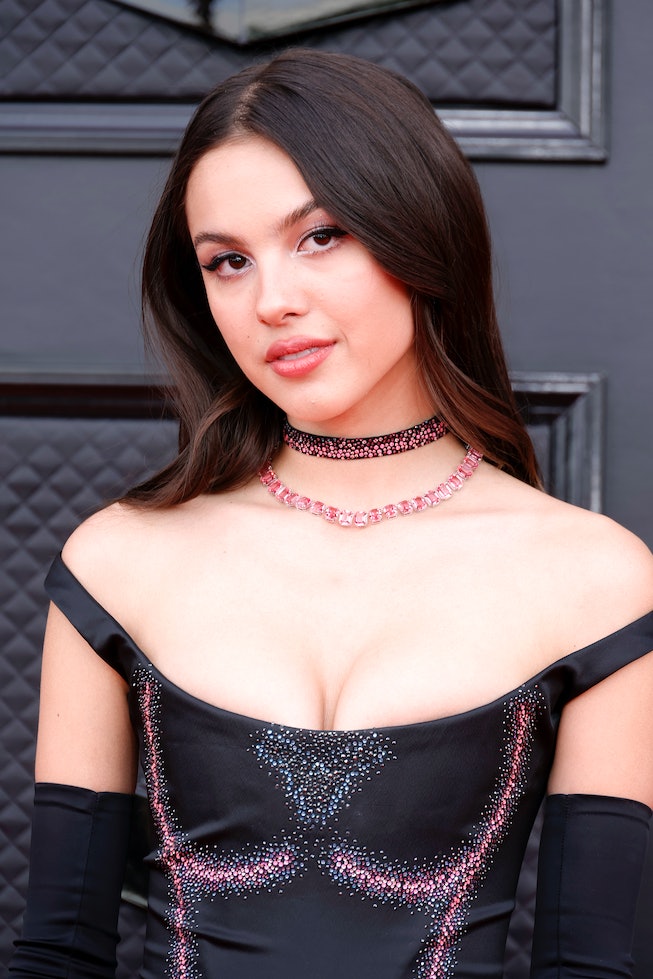 If there’s anything we can expect from Olivia Rodrigo it’s that she’s undoubtedly the biggest style star of the moment, both on and off the stage. And in typical pop star fashion, the 19-year-old singer was seen wearing some of this year’s hottest trends in one whole look on Wednesday night.

After wrapping up her second concert at The Greek Theatre in Los Angeles for her Sour Tour, Rodrigo was photographed arriving at her after-party shortly after, which was held at the celeb-approved No Vacancy nightclub in Hollywood. In a series of newly-released photos, the “good 4 u” singer was spotted wearing the polarizing micro-mini skirt in a black leather silhouette with silver zippers adorned on the back and sides. The itty-bitty mini comes just a tad bit on the low-rise side, too, so she opted for a pink corset-style top, which came with a black rose at the chest. Rodrigo then completed her going-out look with a pair of black knee-high boots (platform, of course), her bedazzled “OR” phone case and beaded charm, a sparkly choker necklace, and her usual stacked silver rings on full display.

The Sour songstress has been a fan of the very popular mini-skirt trend for some time now. Back in March, Rodrigo wore a coquette-inspired mini to the Driving 2 U (A Sour Film) back in March, where she styled the pink skirt with a strapless corset lined with bows from the Vietnam-based label Fancí. She also wore a camo-printed mini skirt from Heaven by Marc Jacobs’ Spring 2022 collection earlier in January while attending a viewing of the Artists Inspired by Music: Interscope Reimagine” exhibition in Los Angeles.

The singer has been captured in other “It” trends in the past, as well, including corset tops and, most especially, platform shoes, like the going-out pair she wore for her birthday celebration in February, some trusty Doc Martens, or sky-high black boots while shopping with friends.

With summer right around the corner and a slew of noughties trends coming back on our radar, we’ll most likely see the pop star in even more 2000s-inspired styles over the coming months. See Olivia Rodrigo’s full Sour Tour after-party outfit from Wednesday night, below.