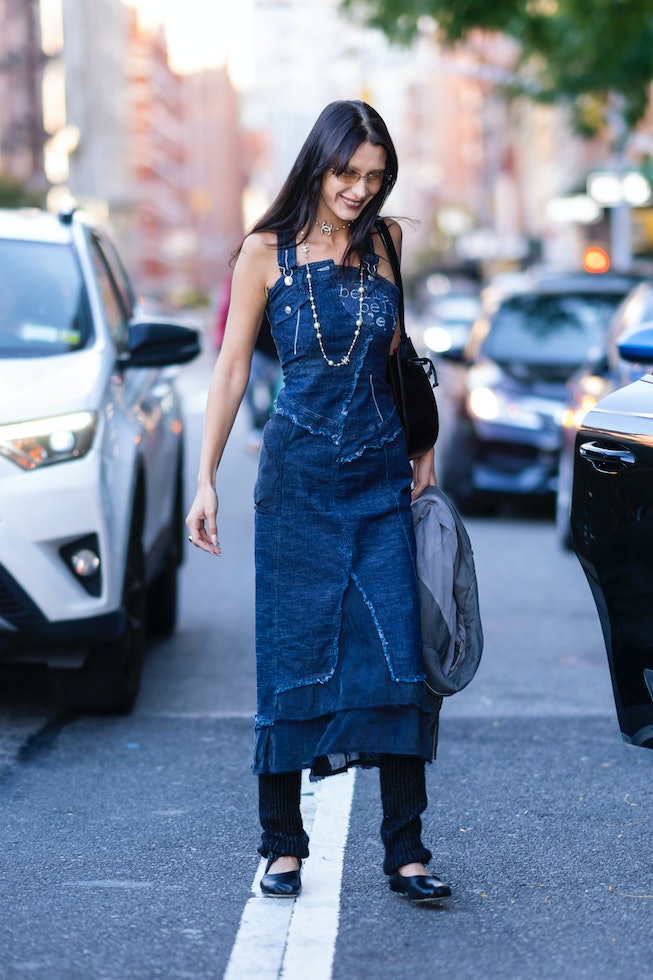 A version of this content appeared in NYLON’s daily newsletter on October 10, 2022. If you like what you see, sign up to receive it in your inbox right here.

The side part has been slowly coming back into the spotlight, and Bella Hadid just accelerated it to the next level with her birthday beauty look. It's definitely giving Myspace flashbacks in the best way possible. READ MORE

Costume designer Cathy Prior recycled some meaningful ‘90s fashion for the show’s final run. “By Season 3, you feel at home with them all,” says Prior. “The costumes are so important to make that feel real, so I incorporated pieces over all three seasons into the last season, just for that.” READ MORE

“We were laughing, we were screaming, we were in Paris Hilton's car. Then my friend said ‘run’ and I thought the cops were coming so we ran,” says Greg Brown. After they escaped, Brown's friend revealed that she snagged the socialite’s Christian Dior sunglasses. READ MORE

FIONA APPLE HAS A NEW SONG ON RINGS OF POWER

Apparently the singer is a big Middle Earth fan. “Fiona Apple brings her powerful and cinematic vocals to this beautiful and haunting piece of music," says Bob Bowen, head of music for Amazon Studios. Her incredible performance and interpretation of this legendary text will amaze fans.” READ MORE

BEHIND THE BEST LOOKS OF AMSTERDAM, A STAR-STUDDED 1930S DRAMA

WAIT, HOW MUCH MONEY CAN YOU ACTUALLY MAKE SELLING FEET PICS?