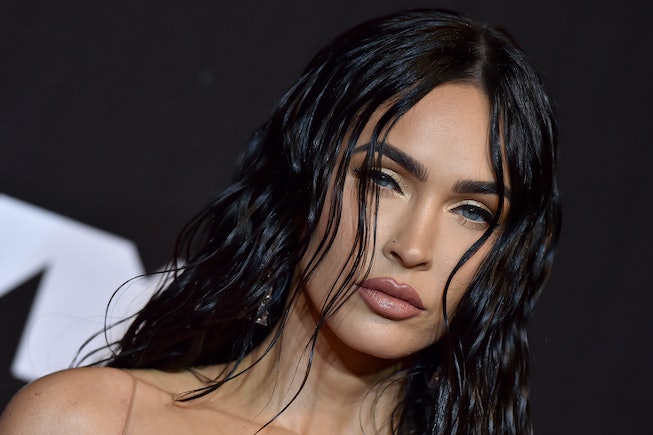 In this current age of reboot, remake, and spinoff bloat (seriously, they’re literally everywhere), one must always stand out when it comes time to flip a familiar property on its head and introduce its story to a new generation. That’s certainly what the producers have done for the upcoming Johnny & Clyde, a cleverly-named, modern-day update on the two-time Oscar-winning crime film Bonnie & Clyde. Understanding that the first thing any good film needs (remake or not) is a solid cast (the original had industry legends Warren Beatty and Faye Dunaway), the Casting Agent Gods have successfully fulfilled their duties by calling in none other than Megan Fox to step in as the film’s chief antagonist. Sign. Me. Up.

Directed by Vault’s Tom DeNucci, based on a script co-written with Nick Principe (who also appears in the film), Johnny & Clyde tells the familiar story of “two serial killers who are madly in love and on a shocking crime spree.” So, yes — it’s exactly what you’d expect from a Bonnie & Clyde-inspired caper. In this version, however, the criminal couple “ultimately set their sights on robbing a prosperous casino run by a crime boss, Alana, and her head of security, Guy.”

Tapping into her inner villainess, Megan Fox will take on the role of Alana. A picture of the actress in character was released as part of today’s announcement. Sexily clad in a lilac lace bra, eggplant purple slacks, and bumblebee yellow strappy sandals, her hair down in silky locks of ombré’d gray, the Jennifer’s Body alum looks like a sinister Kim Kardashian — if the recently-divorced reality star made her billions in slot machines instead of skincare and high-end shapewear.

The Transformers actress is in good company too, as she’s surrounded by an equally fascinating cast. In the titular roles are former NYLON Young Hollywood heartthrob Avan Jogia (who graduated from Nickelodeon’s chaste Ariana Grande-starring Victorious to the edgy STARZ sex-comedy Now Apocalypse) and rising star Ajani Russell (who first broke out in Crystal Moselle’s Skate Kitchen before following suit in its HBO quasi-spinoff Betty). Meanwhile, Tyson Ritter, a Preacher alum who will next appear alongside The Weeknd in the pop star’s HBO miniseries The Idol, will play Fox’s right-hand, Guy.

“Fans of dark, gritty action movies are going to love Johnny & Clyde,” said Galen Smith, the CEO of Redbox, who produced the film. “Tom has created a film that will have fans on the edge of their seats. We’re looking forward to releasing the film later this year.” Chad A. Verdi, another producer on the film, echoed these thoughts, telling Deadline, “This film will keep fans engaged from beginning till the end. A true thriller with a twist of humor.”

Certainly sounds promising! Check out a first-look at Johnny & Clyde below.