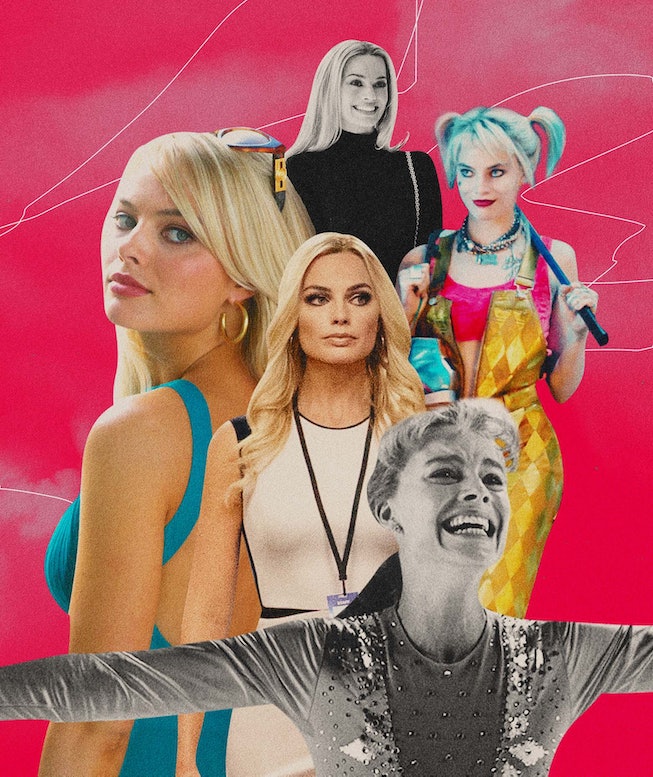 A live-action Barbie movie may sound like an odd idea, but with the talent of Greta Gerwig directing, Noah Baumanch as a co-writer, Margot Robbie as Barbie and Ryan Gosling as Ken, you can expect an unconventional trip to Barbie world. In bringing Mattel’s iconic plastic doll to life next year – July 21st 2023, to be exact – Robbie’s scene-stealing magnetism will reach new heights of nostalgia. The Australian actress has already proven she can steal the spotlight beside impressive counterparts like Leonardo DiCaprio, Will Smith, and Saoirse Ronan. She has also solidified her stardom having worked with the legendary likes of Martin Scorsese, Quentin Tarantino and Richard Curtis.

Even if she’s not top billing, Robbie makes a compelling case as to why her performances should be remembered. She’s got two Oscars and three Golden Globe Awards to prove it. The actor’s upcoming projects, alongside Gerwig’s Barbie, include Wes Anderson’s Asteroid City, Damien Chazelle’s Babylon, and David O Russell’s Amsterdam. The latter will see her shake things up and go brunette. We’ll have to wait until next year to see where Barbie falls in Robbie’s filmography, but for now she’s got enough fantastic performances in her filmography to tide us over.

In Z for Zachariah, Robbie plays Ann, a woman who believes she is alone in the post-apocalyptic fallout of a nuclear disaster. Her assumption is proven false at the discovery of two men, a scientist John (Chiwetel Ejiofor) and a miner Caleb (Chris Pine). As the daughter of a preacher, Ann's strongly held biblical beliefs aid her hopefulness throughout worsening conditions. The trio’s fragile connection is constantly at risk of shattering as they try and understand their humanity in this new world. At the heart of this disaster film, Robbie shoulders much of Z for Zachariah’s high tension as she wades deeper into Zobel’s story of dwindling determination.

About Time shakes up the usual rom-com genre with the addition of time travel. Richard Curtis’ film revolves around the bizarre and numerous meet-cutes and subsequent heartfelt romance of Mary (Rachel McAdams) and Tim (Domhnall Gleeson). Robbie plays Charlotte, Tom’s sister’s friend, a young woman whose freewheeling attitude and carefree nature is at home under the summer sun. While her presence in the film is fleeting, Robbie contains multitudes in bringing this lively supporting role into focus. It’s an interesting role for Robbie, not quite an antagonist but a character that may prevent the film’s lovers’ happy ending. Through it all, the glint in her eye sparkles with intrigue.

Harley Quinn presents Robbie with the most viewed mainstream character of her career. The Suicide Squad is the James Gunn-directed sequel, an unhinged and gory film that is dead set on being a cinematic spectacle. It is Robbie, however, who is the real screen magnet. Beside Idris Elba, Viola Davis and John Cena, Robbie posits Harley with a charismatic air, making Harley her own and indulges the character with humor and heart. The smiley anarchist is a killer turn from the actor; while it may not be the best Harley-featured film, The Suicide Squad is certainly entertaining.

Starring beside Charlize Theron and Nicole Kidman, Bombshell sees Robbie play Kayla Pospisil, an associate producer initially on Gretchen Carlson's program who then moves to The O'Reilly Factor. Bombshell chronicles the sexual misconduct allegations and subsequent unseating of Roger Ailes, the Fox News CEO from 1996 to 2016. While Megyn Kelly (Theron) and Gretchen Carlson (Kidman) are real people, Robbie’s Kayla is a fictional inclusion that is nevertheless a continuation of the film’s dialogue surrounding sexual misconduct in the workplace. Robbie formulates Kayla’s ambition to reach the top and contrasts that optimism with the embarrassment, shock and humiliation of her nefarious sexual assault.

Starring opposite Will Smith, Focus provided Robbie with a star-turn that put her on the track to greatness. This incredibly watchable, twist-filled con artist thriller sees Robbie carry forward her cutthroat essence from The Wolf of Wall Street to the character of Jess. The protégé and part-time lover of Smith’s Nicky, Jess is a suave and charismatic con woman that reunites with Nicky, after three years, embodying a seemingly ‘femme fatale’ figure. Smith and Robbie are a nicely matched duo, and their will-they-won’t-they chemistry shines in this glossy movie. Focus gives Robbie a chance to display a sleek performance that manages to rival even Smith’s star persona.

In Josie Rourke’s period drama Mary Queen of Scots, Robbie takes on her grandest role yet. Playing Elizabeth I opposite Saoirse Ronan’s Mary Stuart, this tale of cousins planning to overthrow each other in a battle for power proves enthralling material for both Robbie and Ronan. The two formidable actors portray these doomed but devoted monarchs who are locked in a personal duel as loyalties spiral and deceit reigns. While they are isolated in their strictly patriarchal world, their private rivalry bleeds into their sense of duty. In playing Elizabeth, Robbie appears with ghostly pale makeup and a frizzy red wig on which a crown perches. The actor navigates this 16th-century war with prevailing darkness and theatricality that prevents this film from becoming a stale history lesson.

4. ONCE UPON A TIME IN…HOLLYWOOD (DIRECTED BY QUENTIN TARANTINO, 2019)

While there was some controversy about the nature and screentime of Robbie’s performance in Once Upon A Time…In Hollywood, the Quentin Tarantino film still sees her excel in a confrontation of stardom in 1960s Hollywood. Playing Sharon Tate, Robbie is provided with a narrative centered on the famous actor that is not focused on her murder but on an alternate reality that saw her friendship with Cliff Booth (Leonardo DiCaprio) blossom. Robbie may not have the most dialogue-heavy role, but she still manages to imbue her character with a voice through facial expressions and move with refined elegance. The subtleties of her performance bring a quietude that speaks volumes and is impressive to behold.

Robbie is a marvel throughout The Wolf of Wall Street as the former Miller Lite girl, Naomi Lapaglia. However, there is one scene that undeniably tops them all. Blonde hair cascading from her shoulders, Naomi sits like the cat that got the cream as Jordan (Leonardo DiCaprio) crawls across the room on his hands and knees towards her. She stops him with a high heel on his forehead, a mark of her sexual power over his money-driven mind. In a film featuring copious amounts of cocaine, Robbie cuts through this material excess with sharp wit and a scathing stare. “Stop flexing ya muscles, Jordan! ‘Ya look like a fuckin’ imbecile!” she spits at Jordan, matching his immature desires with equal intensity.

Finally, the Harley Quinn movie that both the character and Robbie deserve. Cathy Yan’s Birds of Prey (and the Fantabulous Emancipation of One Harley Quinn) is a boldly colorful and refreshingly women-led entry to the DC Universe. Yan’s powerhouse film finds Harley recently single after her split with the Joker. She’s in her post-breakup reinvention arc: cutting her hair, lusting over grilled breakfast sandwiches, and taking up rollerskating. Banding together with vigilantes Black Canary (Jurnee Smollett-Bell), Huntress (Mary Elizabeth Winstead), and Renee Montoya (Rosie Perez), Harley sets out to protect a young woman from Gotham’s crime lords. Fleshing out this hellbent feminist superhero with unpredictable energy that is thoroughly entertaining to watch, Robbie’s lively performance drives Birds of Prey with a pedal to the metal attitude. She imbues Harley with a misfit aura that, with one pink and one blue ponytail, shines like her million-watt smile as she makes Gotham her playground.

I, Tonya is the triple axel of Margot Robbie’s career, a turn she lands with effortless grace.10s all around! Craig Gillespie’s dark biopic of competitive figure skater Tonya Harding (Robbie) charts the athlete’s rise and fall in the early ‘90s. From her personal struggles to her career roadblocks, I, Tonya follows Tonya’s journey through the U.S. Figure Skating Championships and the fallout when her ex-husband (Sebastian Stan) and fiercely competitive mother (Allison Janney) begin to intervene.

Robbie’s transformation for the role is her most marvelous to date. With a sinister edge, this character-driven portrait provides Robbie plenty of maneuvering room to dig into the complicated depths of this ruthless woman. Illustrating complexity without words, there’s one scene where the camera sits in the position of a mirror while Tonya is doing her makeup to take to the ice — her quiet sobs result in an uneven application, and falling tears ruin her blended concealer. Tonya continues to pack on the blush, trying to draw attention away from her bloodshot eyes. It’s a singular moment that presents the universality of Robbie’s incredible range: ferocious in one moment and sensitive in the next.