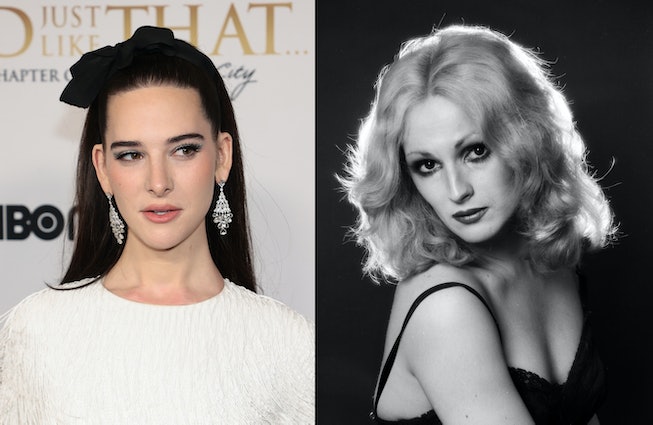 If there is anything Hollywood loves more than another Marvel film, it’s a biopic. 2022 has already seen the release of Baz Luhrmann’s flashy Elvis (about Elvis Presley) and the completely bonkers Aline (which is, technically, not about Celine Dion). Before the end of the year, we will have seen releases for Andrew Dominik’s NC-17 Blonde (about Marilyn Monroe) and Weird: The Al Yankovic Story (about Al Yankovic). Earlier this year, we found out that High Fidelity star Kingsley Ben-Adir would soon be growing out his dreadlocks to take on the role of reggae star Bob Marley, and several weeks ago, it was revealed that Industry star Marisa Abela was in talks to play Amy Winehouse in Sam Taylor-Johnson’s upcoming production. Oh yeah — don’t even get me started on everything that is currently going on with the Madonna biopic. (Justice for Alexa Demie!)

But every now and then, we get an announcement for a biopic that feels genuinely exciting, focused on a media figure whose story hasn’t been told time and time again. It’s what happened earlier this year, for the phenomenal biopic about World War I poet Siegfried Sassoon, Benediction. And now, we’re getting another (arguably even more exciting) one — about one of the infamous “Andy Warhol Superstars,” the one and only Candy Darling.

And the icing on top of the cake? NYLON favorite Hari Nef is set to star.

Penned by Transparent writer Stephanie Kornick, the still untitled biopic will follow “Candy’s rise from childhood in Long Island beauty pageants to her years alongside Holly Woodlawn and Jackie Curtis as a member of East Village experimental theater group, La Mama Etc., to starring in Warhol’s groundbreaking film, Women In Revolt,” according to Deadline.

Emmy-nominated producer Zackary Drucker is set to executive produce the upcoming project, while Christian D. Bruun, Louis Spiegler, and Katrina Wolfe are all on board as producers. “Having Hari join team Candy is exciting for us in every way imaginable,” said Bruun about the recent casting. “We all knew that Candy’s story deserved to be told on film, but it’s truly amazing to imagine what Hari will bring to the role and we’re incredibly excited about embarking on this journey with her.”

Speaking about her casting in the part, Nef told Deadline, “The dream was always to play Camdy, and it is the honor of my life to get the chance to do it.” According to the future Barbie star, “Candy bridged the gap between her dreams and a reality stacked so consummately against her — a transsexual glamour girl and indie icon reigning over Warhol’s Manhattan and Nixon’s America. She burned fast, and bright. More than anything, she wanted to be taken seriously as an actress. She taught girls like me how to dream — perhaps even how to be at all. She’s the blueprint.”

It’s clear how much the role means to the buzzy young actress, who broke out with roles in Amazon’s Transparent and Sam Levinson’s Assassination Nation, stole scenes in The Marvelous Mrs. Maisel and And Just Like That…, and is now primed for superstardom with roles in The Weeknd’s upcoming HBO series The Idol and Greta Gerwig’s impossible-to-stop-talking-about Barbie. Speaking about her research for the role, Nef said, “I have consulted her friends, her diaries — every frame of celluloid I can find with her within it. I’m calling up theater archives to read the scripts of the player she performed downtown. Thankfully, the producers have already amassed a treasure trove of archival riches. We’re attacking it! I’m so excited!"

Without a director even attached to the project yet, it will certainly be a while before this sure-to-be excellent biopic begins filming. But if one thing is for sure, that’s that Hari Nef will deliver a stunning performance in the center. Now, let’s starting fan-casting directors. I’m sending a prayer up for The Wachowski sisters.

NEXT UP
Entertainment
See a First Look At Marisa Abela as Amy Winehouse In "Back to Black" Biopic
Culture
The Madonna Biopic Is Being Scrapped
Culture
Kaia Gerber Won’t Stop Until She’s Cast As Patti Smith In A Biopic
Culture
Loewe’s Howl's Moving Castle Collection Is An Anime Dream
Style + Culture, delivered straight to your inbox.