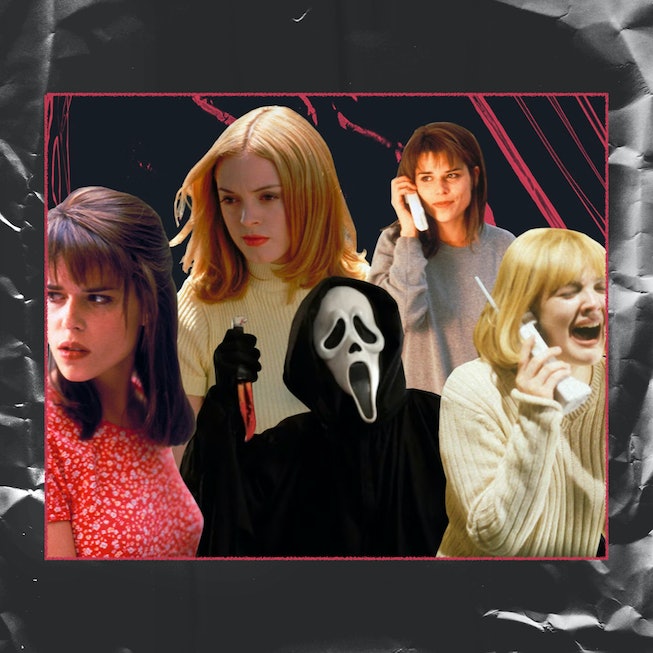 A version of this content appeared in NYLON’s daily newsletter on Oct. 26, 2022. If you like what you see, sign up to receive it in your inbox right here.

AN ODE TO SCREAM AND ITS '90S SUBURBAN TEEN GIRL FASHION

Scream has certainly earned its place in both the horror canon and the ’90s teen fashion hall of fame. Costume designer Cynthia Bergstrom went on to do another pop culture favorite the following year, Buffy the Vampire Slayer, a show that gave us too many iconic looks to count. Scream’s most enduring visual may be its masked murderer, but its teen girl costuming — with winks at cliché — is just as potent. READ MORE

USE YOUR MOON SIGN TO DETERMINE YOUR NEXT MANICURE

You don’t need to look any further than your birth chart for fashion or beauty inspo — TikTok is currently obsessed with dressing based on your Venus sign. Since our moon signs are what reveal our true essence, it’s a perfect place to tap into for mani inspiration. It certainly beats getting overwhelmed by flipping through all those nail polish colors at the salon. READ MORE

EVERYTHING COMING TO HBO MAX IN NOVEMBER

BEYONCÉ'S RENAISSANCE TOUR IS REPORTEDLY SCHEDULED FOR NEXT SUMMER

WIND, TEARS, AND PARAMORE: HOW THE WHEN WE WERE YOUNG FESTIVAL TRIUMPHED AGAINST ALL ODDS

Initially dubbed “the emo Fyre Festival,” the inaugural Las Vegas festival lived up to its true potential. “The general vibe was neither sad nor angsty but straight-up gleeful. For fans, it was a chance to see the formative bands that defined their teen years. For the artists, it was a change to catch up with old friends they once toured the world with,” writes NYLON executive editor Lauren McCarthy, who attended and spoke with Chris Carrabba, Tyson Ritter, and more. READ MORE

LAKEYAH ON THE MIDWESTERN ROOTS OF HER RAP CAREER

The Milwaukee, Wisconsin, native says her music is a reflection of her hometown, and she largely credits her community for her success. “I started to see the support I got from just dropping freestyles, and I was like, ‘I really want to be a rapper,’” she recalled. She spoke to NYLON about her upcoming tour and dropping out of school to pursue her career. READ MORE

JEMELE HILL SHARES HER ABORTION STORY: “I NEVER LOOKED BACK”

THE BEST AGE GAP RELATIONSHIP ADVICE, ACCORDING TO DATING EXPERTS

THIS FALL, SWAP YOUR CROPPED CARDIGANS FOR ELEGANT DUSTERS