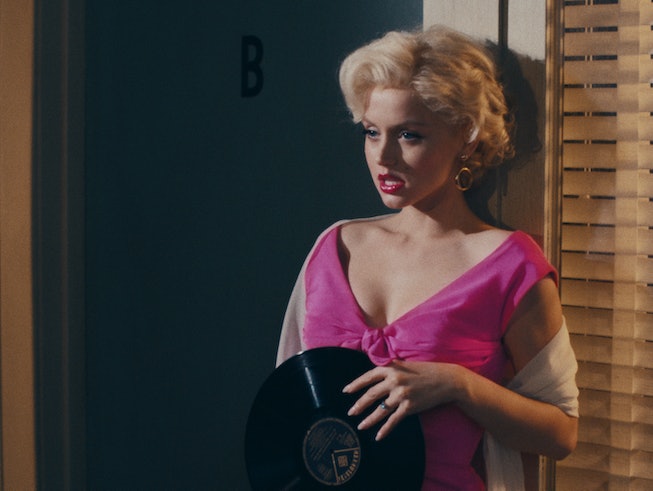 All this to say: yes, Awards season is right around the corner, with the Venice, Toronto and New York Film Festivals all kicking off within the next month. In accordance with the standard release calendar, that means the movies you’ll be hearing about for the next several months (in theaters, on streamers, and on the gigantic billboards you drive by while cruising down the highway) are slowly beginning to trickle out as they make their festival debuts.

Netflix, of course, is gearing up accordingly. After narrowly missing out on the top prize at this year’s Oscars (don’t get me started), the streaming service is once again setting its sights on the ultimate Best Picture honor — and if not, at least some more trophies in other categories.

Earlier today, Netflix released its full 2022 film slate, offering a peak at some of the titles set to hit your queue in the last four months of the year. Featuring child-friendly fare (Ivy + Bean and My Father’s Dragon), intriguing adult dramas (Luckiest Girl Alive and The Pale Blue Eye), a few lighthearted holiday rom-coms (Christmas With You and Linsday Lohan’s Falling for Christmas), and several sequels to recent hits (Enola Holmes 2), there’s something for everybody here.

But the most exciting titles were those that might end up in the Oscars conversation. These include high-concept animated features, like Guillermo del Toro’s Pinocchio and the Key & Peele-starring Wendell & Wild, both of which use handmade stop-motion, as well as buzzy documentaries, like Sundance winner Descendant and Elvis Mitchell’s look back at 1970s Black film, Is That Black Enough For You? Several titles, like Romain Gavras’ French activist tale Athena and Edward Berger’s anti-war drama All Quiet on the Western Front, might find success in international feature races, while others, like the Jessica Chastain and Eddie Redmayne-starring true crime thriller The Good Nurse or the Emma Corrin-starring D.H. Lawrence adaptation Lady Chatterley’s Lover, might end up competing for more mainstream attention.

With a look at all the titles coming to the streaming service through the end of the year, five films stood out as obvious players in the upcoming 2022-2023 awards race. From an unconventional biopic to a pulpy murder mystery, these are the 2022 Netflix films you’ll almost certainly be hearing about in the next few months as awards season heavy-hitters.

By now, you’ve already heard about Blonde — the not-really-a-biopic about Marilyn Monroe, based on the fictionalized novel of the same name by Joyce Carol Oates, has been mired in controversy (over casting, over script, over budget, over content) ever since it was first announced in mid-2010. But with both director Andrew Dominik and original author Joyce Carol Oates praising the film as the best thing to ever happen to cinema, anticipation has definitely begun to rise. Could this be Ana de Armas’ official breakthrough to the Awards Season Big Leagues? Set to premiere in just a few short days in Venice, questions about this long-gestating film will soon be answered — either getting us more excited or more nervous for its official Netflix release on September 16.

Bardo, False Chronicle of a Handful of Truths (directed by Alejandro G. Iñárritu)

Several years ago, Alejandro G. Iñárritu had back-to-back Oscar successes with his Best Picture-winning Birdman or (The Unexpected Virtue of Ignorance) and his Best Direction-winning The Revenant. The decorated director has been quiet on the features front since then, but that will all change this year when he releases Bardo. Also set to premiere in Venice, Iñárritu’s latest follows Silverio, “a renowned Mexican journalist and documentary filmmaker living in Los Angeles, who, after being named the recipient of a prestigious international award, is compelled to return to his native country, unaware that this simple trip will push him to an existential limit,” according to a plot synopsis. Given its focus on “looking back,” many are already comparing the shot-on-65mm Bardo to Alfonso Cuarón’s Roma. Make the judgment yourself when Bardo hits Netflix on December 16.

Glass Onion: A Knives Out Mystery (directed by Rian Johnson)

Save for anything that exists in the Marvel Cinematic Universe, few sequels have made as many headlines as the sequel to Knives Out did when it was announced. Snapped up by Netflix for a whopping $469 million, the upcoming followup to Rian Johnson’s 2019 murder mystery box office hit put its enormous budget to great use, gathering up a cast that could rival the original’s star-studded slate. But are Janelle Monáe, Kathryn Hahn, Leslie Odom Jr., Jessica Henwick, Madelyn Cline, Kate Hudson, Dave Bautista, and of course, Daniel Craig enough to elevate Johnson’s twisty but clever screenplay into another Oscar nominee? The critics at the Toronto International Film Festival, where the film will premiere next week, are certainly hoping so. The rest of us will find out when Glass Onion: A Knives Out Mystery hits Netflix on December 23.

Indie God Noah Baumbach and Netflix have been working together for half a decade now, ever since the latter distributed The Meyerowitz Stories in 2017. Their partnership has been a success story so far — Marriage Story won an Oscar, a BAFTA, a SAG, and a Golden Globe for Supporting Actress Laura Dern — and they are clearly hoping to continue that narrative with the upcoming White Noise. An adaptation of Don DeLillo’s award-winning 1985 postmodern novel, Baumbach’s latest stars Baumbach Regular Adam Driver and Baumbach Wife Greta Gerwig as a married couple whose so-called “normal” life is completely upended by an unexpected chemical leak. The director’s hot streak looks like it might continue with White Noise — while critics have not seen it, the programmers for both the Venice Film Festival and the New York Film Festival have set the new film as their Opening Night Selection. Want to see for yourself? Netflix will release White Noise in select theaters on November 25 before it lands on the streamer on December 30.

The Wonder (directed by Sebastián Lelio)

With all the recent drama surrounding Don’t Worry Darling, star Florence Pugh might have her work cut out for her when it’s time to promote that film in Venice next week. But here’s to hoping that the talented actress will be in better spirits when it’s time to promote The Wonder at the Toronto International Film Festival just a few days later. Based on Emma Donoghue’s acclaimed novel about the 19th century “fasting girls,” The Wonder is a psychological thriller about an English nurse (Pugh) who is sent to observe a young Irish girl who has somehow survived without food for months. “Is the village harboring a saint ‘surviving on manna from heaven’ or are there more ominous motives at work?” a plot synopsis creepily asks. The first movie Sebastián Lelio has directed since the three-peat of A Fantastic Woman, Disobedience, and Gloria Bell half a decade ago, The Wonder hits Netflix in December.