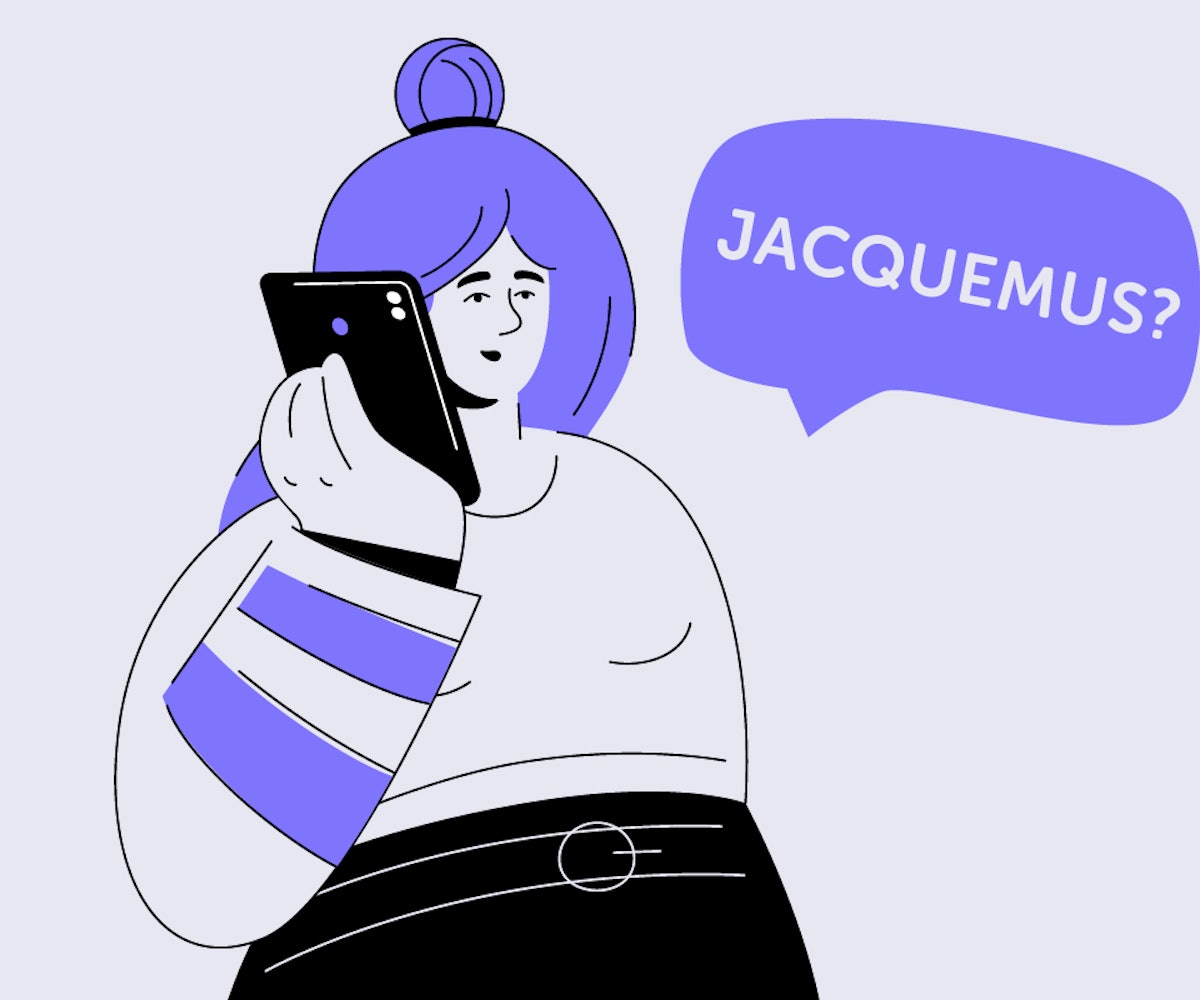 Fashion Month has *officially* kicked off as of this morning, with the first full day of shows beginning in New York before continuing on to London, Milan, and Paris soon after. With that said, it's time to be prepared to have some very *intellectual* conversations with your friends and colleagues about your favorite collections—and we want to make sure you pronounce them correctly. If you've ever been too afraid to utter "Jacquemus" aloud, keep reading, this one's for you.

Even if you think you have fashion's designer encyclopedia locked down, chances are you might still be getting a few key names wrong. What could be more horrifying than mispronouncing Givenchy in front of your snobbiest co-worker? And even if you're well-versed with the industry staples, it's pretty tough to keep up with all of the newer, buzzy names that have emerged in recent seasons (think: Pyer Moss, Beaufille, and Eckhaus Latta).

Fear not, we put together a comprehensive pronunciation guide of some of fashion's biggest (and admittedly, trickiest) names, from the basics up to the newcomers. Read on (and out loud, obviously), below.

Gucci creative director Alessandro Michele's last name seems to be a struggle for some: "ah-lay-sahn-dro mih-keh-leh."

If we had a nickel for every time someone mispronounced "Sui," we'd be rich: "an-na swee"

We promise it's not as intimidating as it looks: "ann de-mule-eh-meester."

This one can be tough if you don't speak any French, as the ending "-le" is essentially silent, meaning the name (which translates to "handsome girl") is pronounced "bo-fee."

Even after the 2017 Met Gala, we still hear this one mispronounced: "comb dey gahr-sown."

While the spelling may be intimidating, pronunciation is simple: "eck-house la-ta."

Another commonly mispronounced fashion staple, where the G is pronounced the soft French way, i.e. like a J: "jzee-vawn-shee."

Jacquemus, the label behind the ultimate minuscule handbag, has been a buzzy name in the industry as of late. Except, how the hell do you say it? The trick is to ignore the "que": "jack-mahs."

This one is simple: "kate."

PSA everyone, the W is pronounced like a V: "loo-eh-vay."

Everyone seems to get confused when pronouncing this buzzy French designer's name: "mah-reen ser"

Everyone's always like, "Is it she or key?" It's the latter: "mohs-key-no"

The prolific Belgian fashion designer, who's worked at the likes of Nina Ricci, Theory, and Rochas, is pronounced as follows: "oh-liv-ee-ay tay-skins."

Prabal Gurung is unfortunately very often a victim of mispronunciation. Let's clear it up for you: "prah-bull goo-roong."

In case you missed this, Pyer Moss designer Kerby Jean-Raymond cleared up the whole pronunciation debate on Twitter last year: Pyer is pronounced like "Pierre."

I'll admit, I was slightly off on this one for some time. The Swedish-owned, New York-based label is pronounced "roh-duh-beer"–the J is silent!

If you want to pronounce this one properly, don't forget the Ts are silent: "sahn loh-ron."

This one is less intimidating than it may look: "sees mar-jahn" (the J is, in fact, not silent!).

Some may think the Irish designer's last name is pronounced with a hard "ch," but it is in fact "sih-mone row-sha."

This Tokyo-based newcomer, who will be debuting his much anticipated second collection this week in New York, has a semi-intimidating name to pronounce: "toh-moh kai-zoo-mee."

Remember that time Donatella Versace herself called out Americans for pronouncing her last name incorrectly? We do. It's not "ver-sah-chee," guys, it's: "ver-sah-cheh." (It's definitely not Ver-say-ss.)

A classic in terms of fashion mispronunciations! For those of you that don't know by now, it's "vet-mahn," with the T silent. (Bonus? The label's head designer Demna Gvasalia is pronounced "deem-nah vah-sal-eeyuh."